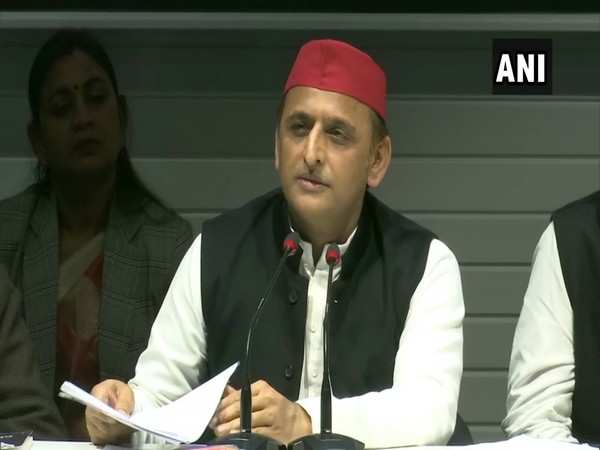 Taking to Twitter, Yadav shared a clipping of a news article detailing incidents of violence during filing nomination filing for block president polls in various parts of the state, that said, "Yogi government failed on all fronts" to control violence (Charon Khane Chitt Yogi Shashan).

Meanwhile, violence was reported in different parts of the state during the nomination filing process for block president elections.

A relative of a candidate contesting for block president elections in Bahraich district was murdered in the early hours on Friday. According to the police a case has been registered against four people including the BJP candidate for the Block Development Council elections.

BJP candidate Vandana Singh contesting for block president elections in Gorakhpur district was attacked when she reached Chargawan block to file her nomination papers on Thursday. Her supporters were also attacked and around two dozen people including Singh's husband Ranvijay Singh sustained injuries.

Singh has alleged that Samajwadi Party workers pelted stones and vandalised their vehicles and the police resorted to lathi-charge to control the situation.

A clash between the BJP workers and police took place in Basti during the nomination filing process of the block president election. Police resorted to lathi-charge to disperse protesters. Police vehicles were also vandalised during the violence.

In Sitapur, three people suffered critical injuries after a clash broke out between BJP and independent candidate supporters during the nomination filing. Four people have been arrested in connection with the matter.

Five people were injured after violence broke out in Jaunpur between the supporters of two candidates on Wednesday night and Several vehicles were vandalised too.

Charing the meeting of Team 9, the chief minister said, "Under no circumstances, any attempt to disrupt the law and order will be accepted. Police must act with extra vigilance and sensitivity. Strict action should be taken by confiscating the weapons of those demonstrating arms."