The Trinamool Congress (TMC) on Thursday urged the Election Commission to conduct by-elections to fill seven casual vacancies in the State Legislative Assembly of West Bengal. 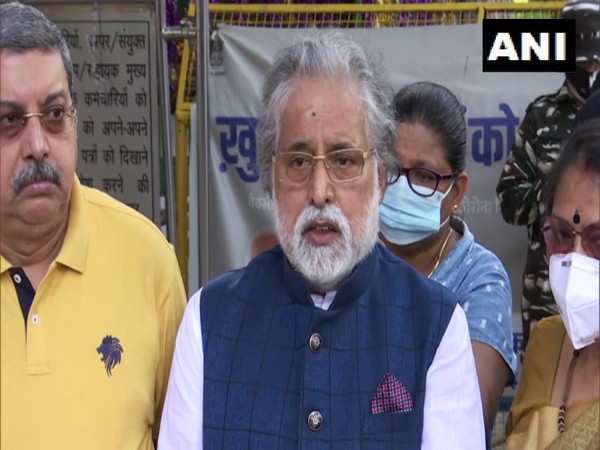 "We have appealed that all by-polls are held within 6 months. They listened to us and we hope that our discussions are successful," TMC MP Sudip Bandyopadhyay told reporters.

Notably, the general elections to the Legislative Assembly of West Bengal, 2021 were held in eight phases between March 27, 2021 to April 29, 2021 and concluded on May 2, 2021 with the announcement of results.

Prior to the announcement of results, due to the death of two contesting candidates, the polls to AC - 56 (Samserganj, Murshidabad) and AC 58 (Jangipur, Murshidabad) were deferred to May 16, 2021 by the Election Commission. However, thereafter the scheduled polls were deferred indefinitely by the Commission.

"Constitutional principles mandate that voters from the aforesaid assembly constituencies have the fundamental right to elect a representative of their choice to represent them in the Legislative Assembly of the State. In the circumstances, we call upon you to, forthwith, take necessary action and appropriate steps in accordance with the Act to fill the aforesaid vacancies caused in the Legislative Assembly for State of West Bengal, keeping in mind all government-mandated COVID-19 protocols and guidelines," the TMC said in a letter to the EC.

The Mamata Banerjee-led TMC registered a landslide victory in polls winning 213 seats in the 294-member West Bengal assembly. Despite aggressive campaigning, the BJP lost the polls but emerged as the second-largest party with 77 seats. (ANI)