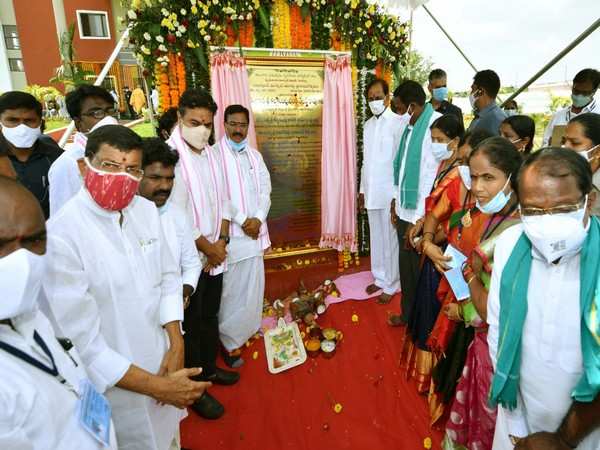 The housing community named 'KCR Nagar' is located at Mandepalli and built at a cost of Rs 80 crore. According to Chief Minister's Office, each of these flats has a 560 sq feet area with two bedrooms, a common bathroom, hall, kitchen and attached bathroom. There are facilities for 5,000 people to live in KCR Nagar.