Rescue operations are still underway in Boh valley in Kangra district of Himachal Pradesh after massive landslides and floods hit the state on Monday. 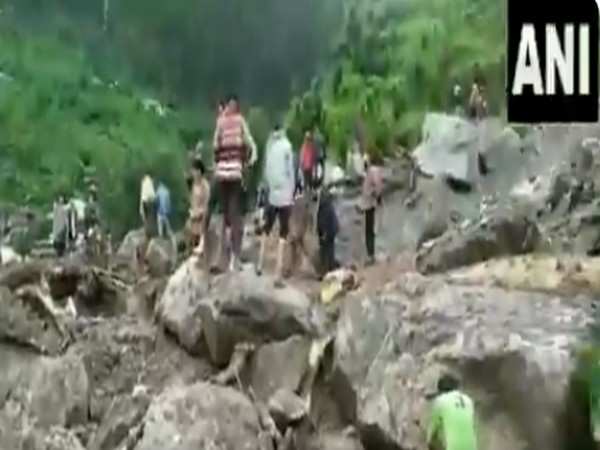 Kangra: Rescue operations are still underway in Boh valley in Kangra district of Himachal Pradesh after massive landslides and floods hit the state on Monday.

Authorities along with locals were seen clearing the roads and helping in rescue and relief operations at the valley. As per a local police official, five people have been rescued since today morning and operations are underway.

"We can't say it is a cloudburst in Dharamshala but initially it is a flash flood case due to heavy rain," he told ANI.

Due to heavy rains, the water level in Manjhi River drastically rose damaging several shops and houses in the Chetru village of Dharamshala.

Sandeep Kumar, Vice president Gram panchayat Bagali in Kangra district told ANI on Monday that there were at least 10 shops in the area which received severe damage. "There were about 4-5 houses also, which completely drowned. The ones that are left might also go down with the river," he had added.

Also, Uttarkashi-Gangotri Highway near Dabrani village in Uttarakhand was closed.

According to the district administration officials, the border road organization (BRO) was seen being opening the highway. (ANI)