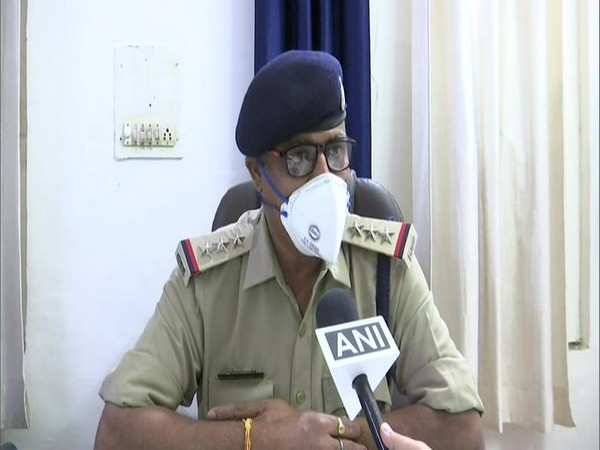 "Today, we have asked Sambit Patra to be present here in person or via video conference. The complaint was registered by Chhattisgarh Pradesh Congress NSUI president," SHO RK Mishra added.

This comes after an FIR was filed on May 19 against Patra and BJP Vice President Raman Singh after a complaint was registered by Chhattisgarh National Students' Union of India president Akash Sharma, the student wing of the Congress.

"An FIR has been registered against BJP's National Vice President Raman Singh and BJP spokesperson Sambit Patra. They both have been summoned for further investigation. Today, we have asked Sambit Patra to be present here in person or via video conference. The complaint was registered by Chhattisgarh Pradesh Congress NSUI president," Mishra said.

Speaking to ANI earlier, the NSUI president said that he had filed the complaint regarding the 'tool-kit' that BJP leaders had shared online.

"The police investigated and an FIR has been filed. In this, Singh and Patra have shared a fake document to defame the Congress party. They have made several false allegations," Sharma.

He further alleged that members of the BJP were spreading rumours to hide their failure in managing the COVID-19 pandemic.

The BJP had come out with an 'expose' on Tuesday where it alleged that Congress party has come out with a toolkit to tarnish Prime Minister Narendra Modi's image and government on handling of the pandemic. The contents of the toolkit ranged from targeting the Prime Minister to taking the help of foreign publication journalists for building a narrative against the government over its handling of the pandemic.

On Wednesday, responding to the Congress assertion that the document shown by the BJP was fake, Sambit Patra had stated that the party had itself exposed the author of the toolkit. He claimed that the pointers mentioned in the 'Congress toolkit' were used by various Congress leaders including Rahul Gandhi and "this should be evidence enough".