Speaking in the favour of Population Control Bill, Rajasthan Health Minister Dr Raghu Sharma on Wednesday said it is the time when the country needs to think about population control while adding the slogan "Hum do, humare ek". 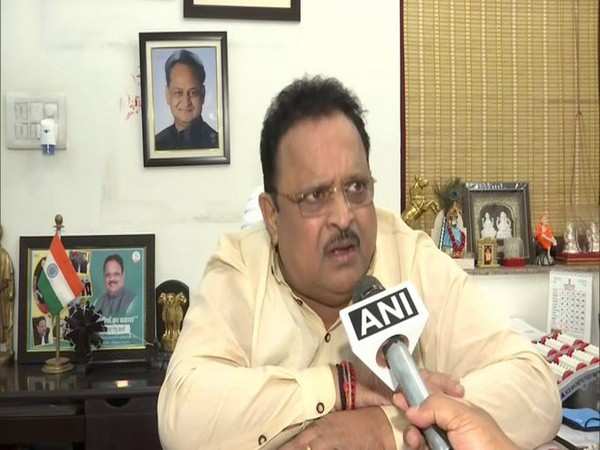 Jaipur : Speaking in the favour of Population Control Bill, Rajasthan Health Minister Dr Raghu Sharma on Wednesday said it is the time when the country needs to think about population control while adding the slogan "Hum do, humare ek".

Speaking to ANI, Dr Sharma said, "The growing population is a matter of great concern for the country. Now it is the high time the country has to think about how can we control the population growth so that the future generations can get a better education, health and other facilities for a better lifestyle. I have told in many platforms that once there was a time when it had been said that 'Hum do, humare do (We two, we have two children). But it is the time when it should be 'hum do, hamare ek' (we should have one child)."

The Congress-ruled Rajasthan government's health minister's remarks come at a time when Uttar Pradesh and Assam have proposed to implement a population control bill in their respective states.

Dr Raghu Sharma on Wednesday further shed light on the shortage of COVID-19 vaccines in Rajasthan and said the Centre must provide an adequate supply of doses.

"There is a COVID vaccine shortage in Rajasthan. Whatever stock we receive, we use it. When it exhausts, we have to put up a board that there is no availability of vaccine and sites will be closed. We have constantly been telling the Centre," said Dr Sharma.

According to him, Chief Minister Ashok Gehlot had written a letter to Prime Minister Narendra Modi highlighting that in the month of July, 1.5 crore COVID-19 vaccines would be required.

"We have the capacity to vaccinate 15 lakh people per day so it would be better if we receive doses in advance for at least four days. To vaccinate the people of Rajasthan, the Centre will have to provide adequate supply," said the health minister.

Meanwhile, Rajasthan has so far reported 11 cases of COVID-19 variant called Kappa."Four Kappa variant cases were registered in Alwar and Jaipur each, two in Barmer and one in Bhilwara," said Dr Sharma.

He further informed that genome sequencing has been initiated.

"It is not life-threatening but the symptoms are the same as other variants. Compared to Delta and Delta Plus, the Kappa variant is mild. It is asymptomatic. Sometimes the symptoms can be seen and sometimes not," the state health minister said.