Uttarakhand Congress leaders on Monday met Rahul Gandhi and discussed the name for the new Congress legislature party (CLP) leader in the state. 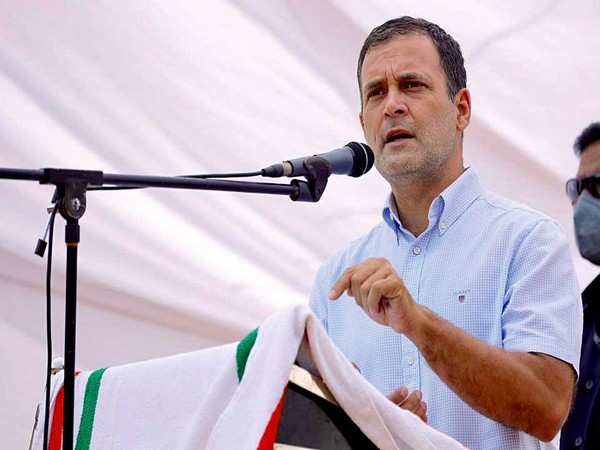 The meeting was attended by in charge of Uttarakhand Congress Devender Yadav. Harish Rawat, Navprabhat, and Karan Mahara also attended the meeting.

The post fell vacant after Indira Hridayesh, who was the CLP leader in the state Assembly, passed away due to heart attack in June.

According to the sources, discussions over the selection of a new CLP leader took place.

Speaking to the media after the meeting with Rahul Gandhi, Devender Yadav said that the discussions were held regarding Uttarakhand Assembly polls which are scheduled to be held in 2022.

"Also, Congress will be announcing the name for the new CLP leader in the state soon," Yadav said.

Uttarakhand Congress Chief Pritam Singh said, "I am ready to take the responsibilities given by the high command."

The leaders, according to sources, have discussed regional balance in the state which has dominant two regions -- Kumaon and Garhwal.

According to the sources, the names of Govind Singh Kunjwal, Pritam Singh and Karan Mahara are being discussed for the post of CLP leader. (ANI)