Nana Patole's statement was misconstrued, taken out of context: Cong

Congress leader HK Patil on Tuesday said that party leader Nana Patole's statement regarding Maharashtra politics was misconstrued and was taken out of context. 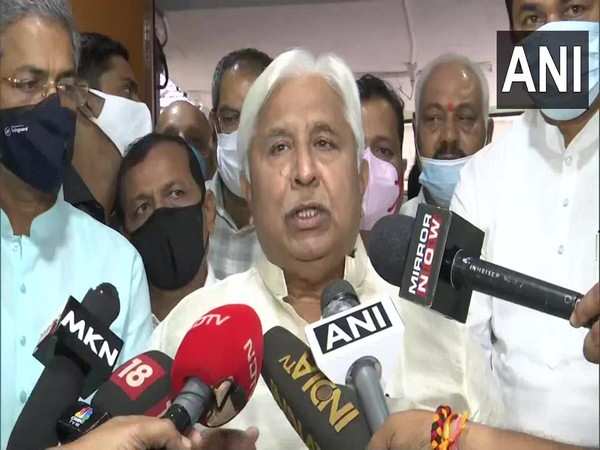 Mumbai : Congress leader HK Patil on Tuesday said that party leader Nana Patole's statement regarding Maharashtra politics was misconstrued and was taken out of context.

"Nana Patole's statement was misconstrued and was taken out of context and that is what it was all a creation of news reports. As he has already clarified his statement, I think things have come to a close," said HK Patil.

On NCP and Shiv Sena attacking Nana Patole, Patil said that the parties should not speak such things. "Rajdharma doesn't allow anything which creates inconvenience for the alliance partner," he said.

He further said that the Maha Vikas Aghadi (MVA) government is strong and stable while adding that it will deliver well and will continue for the full tenure.

Talking about the Speaker's post in the Assembly he said it is well settled that the speaker post in Assembly is of Congress and senior leaders of the alliance have spoken about that.

"It is well settled that speaker post in Assembly is of Congress and senior leaders of the alliance have spoken about that. Now as far as the question of the timing of the election is concerned government has decided to postpone it because of the COVID situation," said Congress leader.

"As the elections have been postponed for six months due to COVID situation, now we have time to discuss all these things in more detail. About alliance in local body elections also we have ample time to discuss among ourselves and decide," he added.

Congress leader Balasaheb Thorat also assured that the MVA alliance is strong and there is no rift in the party.

While speaking to the media before the party meeting, Balasaheb Thorat said, "Maha Vikas Aghadi (MVA) alliance is strong. There is no rift. The alliance will continue to do good work in the state."

The remark of Congress leaders came after, Maharashtra Congress chief Nana Patole said that his party will emerge as the number one in the state, maintaining that everything is fine in the alliance.

"People will see, Congress in Maharashtra will become the number one party in the state. Many people are miffed over the party's growing influence over the state," said Patole amidst reports of the growing rift between Maharashtra's ruling alliance "Maha Vikas Aghadi". (ANI)