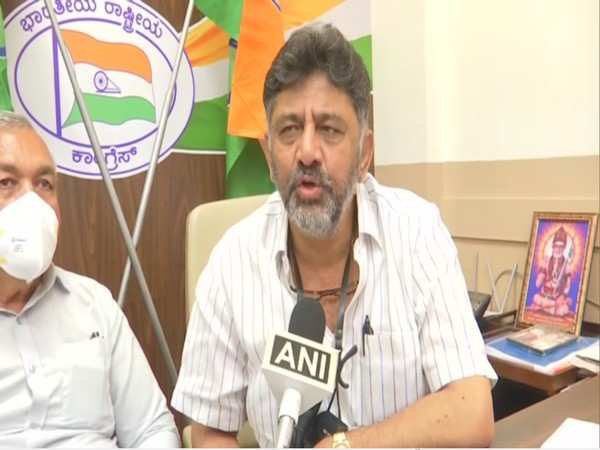 Vardhan resigned from the Union Council of Ministers on Wednesday, hours before a cabinet expansion.

Speaking in a press meet held at Sirsi in Uttara Kannada district on Wednesday, Shivakumar said, "Today, Health Minister Harsha Vardhan has stepped down from the Union Cabinet, which is a huge testament to the government's poor handling of the COVID situation. It is not the responsibility of anyone but the Centre and the state government. The government has to respond to the pain of the public."

On the COVID-19 situation in Karnataka, he, citing the government's data, said 711 people have died in the Uttara Kannada district. "51,902 people were admitted to the hospital and many more died at home. We will try to collect correct information from the government to help the COVID-19 victims to get relief," he said.

He alleged that over 3 lakh people have succumbed to the infection, however, the government data shows only 30,000 deaths.

"In the meantime, more than 3 lakh people have died and the government is showing only 30,000 deaths. All the COVID-19 victims should be compensated as per the High Court's direction," he said.

Karnataka's cumulative COVID-19 count stand at 28,59,595 and the state has 40,039 active cases. As many as 27,84,030 have been discharged from the hospital after getting treatment against COVID-19, while 35,526 deaths have been confirmed so far, said the Union Health Ministry.

He further called for a probe against the ministers into cases of corruption. (ANI)