New Delhi [India], July 13 (ANI): The Prime minister Narendra Modi on Tuesday took stock of Covid situation with chief ministers of the north-eastern states and praised them for building infrastructure to combat COVID-19. 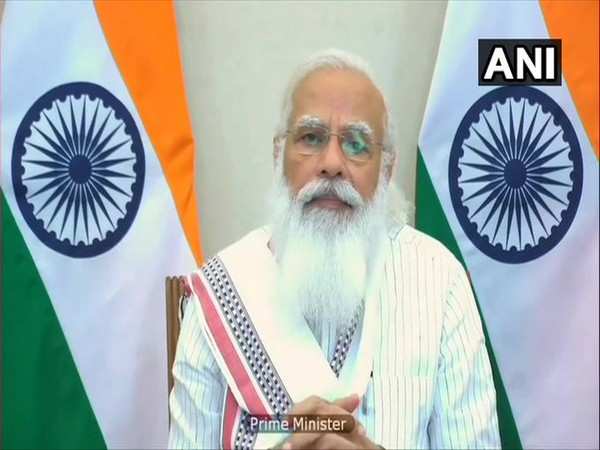 New Delhi [India], July 13 (ANI): The Prime minister Narendra Modi on Tuesday took stock of Covid situation with chief ministers of the north-eastern states and praised them for building infrastructure to combat COVID-19.

All the chief ministers acknowledged that the PM Care Fund has helped the north-eastern states for rising up to the challenges of COVID-19, stated sources.

They also informed that in the meeting, chief ministers spoke in detail about the COVID-19 situation in their respective states. Many also thanked the Prime Minister for the continuous support they have been receiving from the Central government to combat the COVID-19 pandemic since the first wave.

While all CMs have put forth their preparedness plans to deal with third wave and acknowledged that cases are on the decline, Mizoram CM Zoramthanga did speak about problems the state is facing due to the porous border with Myanmar and Bangladesh and cases are coming across the border.

Union Home minister Amit Shah too was present at the meeting.

The chief ministers were asked to share their concerns if they want the Centre to resolve it.

Sources confirmed that Arunachal Pradesh Chief Minister Pema Khandu stated that many ongoing projects in the state and internet connectivity in the state are in poor shape, and the state was unable to upload data on ICMR website and the positivity rate as stated at 16 per cent, is not that high.

The positivity rate is 8 percent in the state, clarified the chief minister, according to sources.

Manipur Chief Minister N Biren Singh said he should be able to vaccinate whole population within a month or two whereas Tripura CM thanked PM for Jan Dhan Yojana and help extended to combat Covid.

Acknowledging the fact that India is still in the midst of the second wave, a detailed analysis of the COVID-19 situation of the north-eastern states was done in the meeting.

PM Modi also asked to identify best practises and use them on a broad scale. The Prime Minister acknowledged that many businesses have borne losses especially in tourism industry.

"I am concerned about large number of people thronging the tourists spots and saying that they want to enjoy before third wave hits. Third wave won't come on its own but through people," said PM Modi while cautioning everyone against impending danger ahead of the third wave of COVID-19. (ANI)