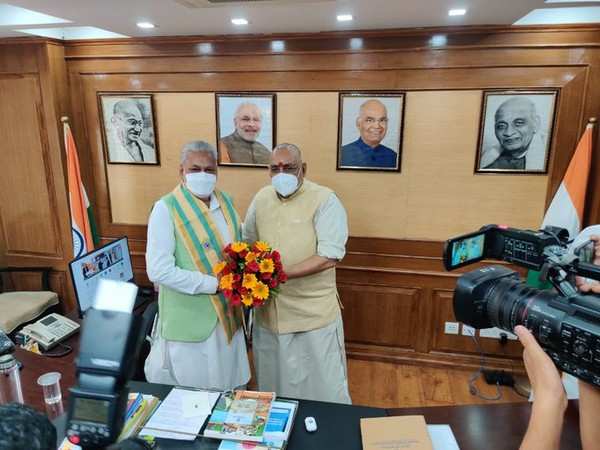 Union Minister Giriraj Singh presented Rupala with a bouquet of flowers and extended his good wishes to Rupala.

Rupala earlier served as the Minister of State (MOS) for Agriculture and Farmers Welfare. He has replaced his Giriraj Singh, who has been shifted to the Ministry of Rural Development and Panchayati Raj.

Rupala is a member of the Rajya Sabha and formerly served as minister of Gujarat Legislative Assembly from Amreli. This elevation of rank comes around a time when Gujarat Assembly polls are expected to take place in 2022.

Prime Minister Narendra Modi expanded and reshuffled his council of ministers on Wednesday with some ministers dropped and several new faces inducted.