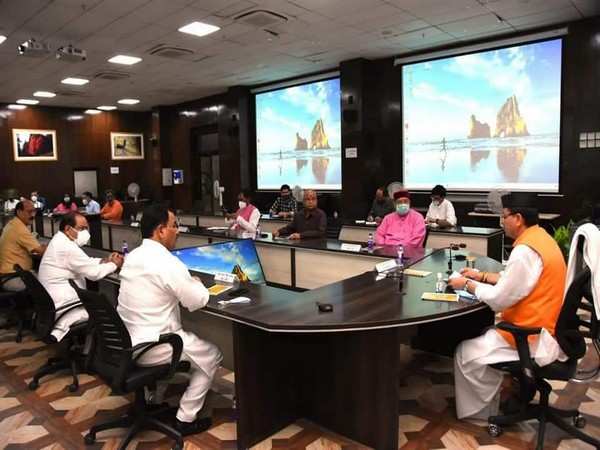 Briefing mediapersons, the chief minister said, "I have been working among youngsters and I understand the issues very well. COVID-19 has impacted their livelihood. We will try to make the situation better for them and will try to appoint youngsters for the vacant posts in the state."

On being asked if MLAs expressed displeasure over the party choosing him as Chief Minister, he said, "I am younger in age. Everyone is experienced. For my party, who has given me this opportunity, it is my duty to keep younger and older members together and take the party and the state forward."

"I will try my best to meet the expectations of the party, which has chosen me to serve the people of Uttarakhand," he added.

Dhami said that there are difficulties but resuming tourism and Char Dham Yatra is absolutely necessary for the state.

"Many important decisions have been taken in the meeting, in interests of the youth and unemployed persons," said State Government Spokesperson Subodh Uniyal.

BJP leader Pushkar Singh Dhami was sworn in as the 11th chief minister of Uttarakhand, here on Sunday, a day after being elected as the leader of the BJP legislature party.

Along with Dhami, 11 BJP legislators also took oath as the state cabinet ministers at the ceremony.