Naypyitaw [Myanmar], April 28 (ANI): A top official in Myanmar's ousted civilian government Tuesday called on other Southeast Asian countries to boost their engagement and support for the body after neighbouring countries met with the military junta. 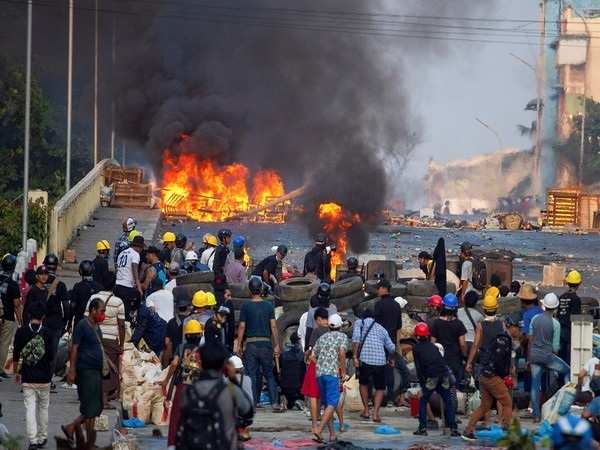 Naypyitaw [Myanmar], April 28 (ANI): A top official in Myanmar's ousted civilian government Tuesday called on other Southeast Asian countries to boost their engagement and support for the body after neighbouring countries met with the military junta.

According to The Hill, National Unity Government (NUG) Prime Minister Mahn Winn Khaing Thann said in a statement that a recent meeting held between The Association of Southeast Asian Nations (ASEAN) and the military was a welcome step but expressed dismay that the NUG was not at the talks.

"It is unfortunate that the NUG did not have the opportunity to brief our ASEAN counterparts at the recent meeting, of the daily realities that the people of Myanmar face under military rule," Thann said in his first statement since last week's meeting.

"While the NUG deeply appreciates the support and commitment of ASEAN Member States to assist Myanmar and her people, we nevertheless remain greatly concerned that any misrepresentation of facts by the military may affect the way in which ASEAN formulates and implements the necessary follow-up actions to the Five-Point Consensus adopted by the ASEAN Leaders' Meeting on 24 April 2021," he added.

As per the news outlet, the participants in last week's talks declared that member countries have reached a consensus on five different points, including ending violence, forming a dialogue among all parties, appointing a special ASEAN envoy to oversee the talks, accepting aid and a visit by the envoy to Myanmar.

Thann said those agreements did not go far enough and that there should be an unconditional release of political prisoners "before any constructive dialogue can take place."

The pressure from Thann comes as the military solidifies its control over Myanmar after it took over on February 1, as reported by The Hill.

More than 3,400 people have been arrested since the protests began, and 755 have been killed, according to the Assistance Association for Political Prisoners, which has been tracking the developments. (ANI)