West Bengal Chief Minister Mamata Banerjee on Monday urged Prime Minister Narendra Modi to 'substantially' reduce taxes charged by the Central government on petrol and diesel, and to 'check the overall inflationary trend in the country'. 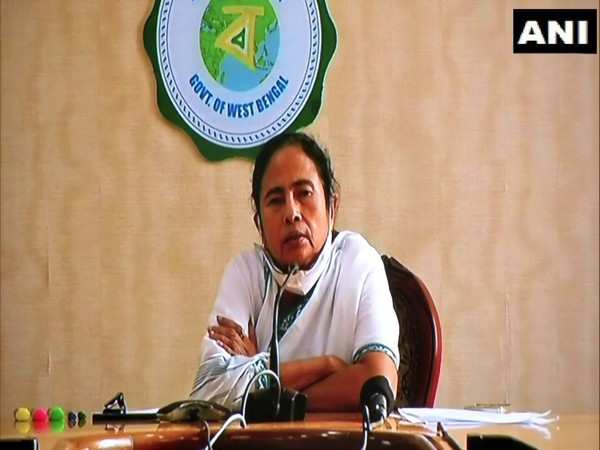 "I sincerely urge you to desist from the anti-federalist trend developed in the last few years. It is my earnest request that the taxes charged by the Central Government on petrol and diesel be substantially reduced to give much-needed relief to the common people and also to check the overall inflationary trend in the country today," she said.

The West Bengal Chief Minister alleged that in the midst of this COVID pandemic, the Government of India has collected revenue of 'staggering' Rs 3.71 lakh crore (Rs.3,71,725 crore) from oil and petroleum products in the financial year 2020-21.

Mamata stated that her government has voluntarily given a rebate to both petrol and diesel as a token of empathy for the common people.

In her letter to the PM, Mamata pointed out that the retail price of petrol in many States across the country has crossed an unprecedented Rs 100 per litre.

Terming the hikes in petrol and diesel prices 'cruel', she said that they have affected the common people most adversely and have directly impacted the 'dangerously rising' inflation in the country.

The West Bengal Chief Minister further stated in her letter that the Wholesale Price Index (WPI) in the country rose by 12.94 per cent in May 2021, compared to May 2020.

Consumer Price Index rose by 6.30 per cent where the prices of edible oils used by common people every day, rose by 30.8 per cent, eggs by 15.2 per cent, fruits by 12 per cent and hearth related items, in the middle of the pandemic, by as much as 8.44 per cent, said Mamata.

"Much of this inflation was triggered by the petrol and diesel price hikes. I may add here, that such major inflation in prices reduces the real income of the common people, as well. I express my deep concern and anguish to you for pursuing policies which have resulted in this significant hardship for the common people of the nation," said the West Bengal CM in her letter to PM Modi. (ANI)