Mamata slams EC, accuses it of listening only to BJP

Trinamool Congress supremo and West Bengal Chief Minister Mamata Banerjee on Friday slammed the Election Commission following its second notice to her and accused it of "listening to whatever BJP is saying". 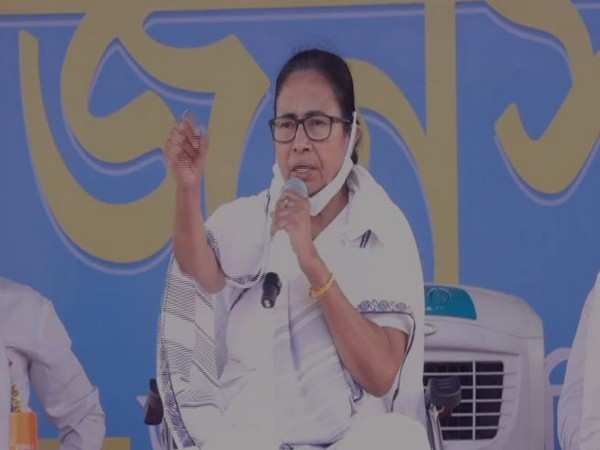 Purba Bardhaman (West Bengal) [India], Trinamool Congress supremo and West Bengal Chief Minister Mamata Banerjee on Friday slammed the Election Commission following its second notice to her and accused it of "listening to whatever BJP is saying".

Speaking at a public rally in Purba Bardhaman, Banerjee said the EC is not listening to "even a single word" of the Trinamool Congress.

"When they won't work for BJP, I will salute them. We respect our nation's soldiers, but I don't salute Amit Shah. They are acting on Amit Shah's instructions and I would never respect him, even if I die," she said.

She alleged that Prime Minister Narendra Modi and the Home Minister Shah had committed "model code violations" but had not been given notice by the poll panel.

"I was with the people, I am with them, and will be with the people. This does not affect me. Even earlier, you had issued many show-cause notices against me, for what? You did not even let me campaign. There are many atrocities happening on TMC. They don't have the capacity to finish TMC, they cannot do it because I have the support of the people," she added.

Referring to BJP, she also repeated her allegations that it had brought "goons" from other states.

Earlier today, the EC issued a notice to Banerjee asking her to explain her stand by April 10 regarding her statements against central forces on March 28 and April 7. This is the second notice issued to her by the Election Commission.

On Wednesday, EC had issued a notice to Mamata Banerjee over her remarks on April 3, where she appealed to the Muslim voters to not let their vote be split among different political parties contesting in the ongoing assembly elections.

The Commission asked the Chief Minister to explain her stand within 48 hours.

Mamata Banerjee had slammed the notice on Thursday, saying if she was served 10 of such notices, she would keep urging voters to vote unitedly against the BJP.

The fourth phase of assembly elections will be held on Saturday. Counting of the votes will take place on May 2. (ANI)