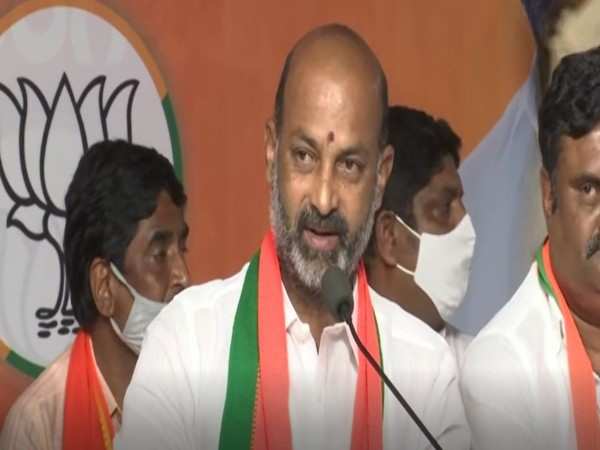 Speaking to media personnel here on Tuesday, Sanjay took a jibe at both state governments and said that police deployment at their respective sides of the Pulichintala project along the border is just a "photo opportunity".

"The two chief ministers in cooperation are trying to loot the people of Telugu states. They are deploying police just for photo ops. The main aim is to make them (people in Andhra and Telangana) fight, trigger emotions among people and grab votes out of it," Sanjay said.

The BJP Telangana state president also questioned Chief Minister K Chandrasekhar Rao for agreeing on less water in the past. He also alleged that KCR has not been attending the apex council meetings.

Andhra and Telangana Police have deployed a large number of personnel at the Pulichintala project at their respective sides of the project.

Telangana started power generation at Pulichintala and released water downwards into Andhra Pradesh, compelling Andhra Pradesh to drain that water into the Bay of Bengal through Prakasam barrage at Vijayawada.

The crux of the water dispute between the two states is the allegation by the Andhra Pradesh government that Telangana is drawing Krishna river water from the Srisailam, Nagarjuna Sagar and Pulichintala projects for hydel power generation without obtaining clearances from the Krishna River Management Board (KRMB).

On the other hand, the Telangana government claims that KRMB has no right to stop power generation and it is generating Hydel power well within the law.