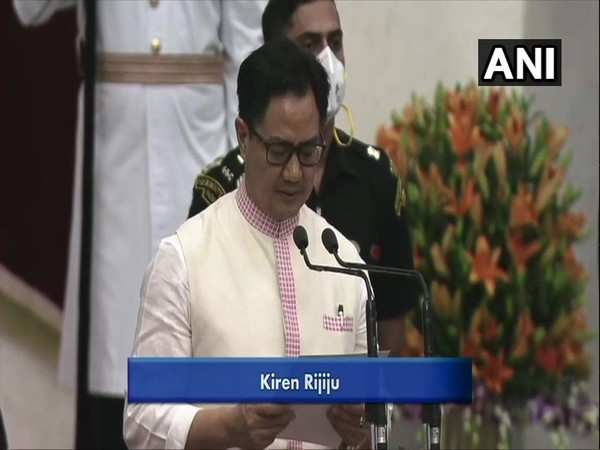 Rijiju took oath as a cabinet minister at a function in Rashtrapati Bhavan in the presence of the Prime Minister and senior BJP leaders.

Rijiju became the Union Minister of Youth Affairs and Sports after the BJP-led government returned to office in the 2019 Lok Sabha polls.

Over the past two years, he has been associated with several initiatives in the sports ministry including the Fit India movement.

Rijiju has articulated and worked for the goal that India wins medals at the Olympics in double digits.

He has been actively encouraging the Tokyo Olympics-bound contingent.

After athletes attain qualification for the Olympics, Rijiju has always been the first one to congratulate them.

Many athletes have sought Rijiju's help on social media for various reasons and the Minister has not declined their request.

While inaugurating the Narendra Modi Stadium in Ahmedabad, Rijiju had said the country is headed towards becoming a sporting powerhouse. (ANI)