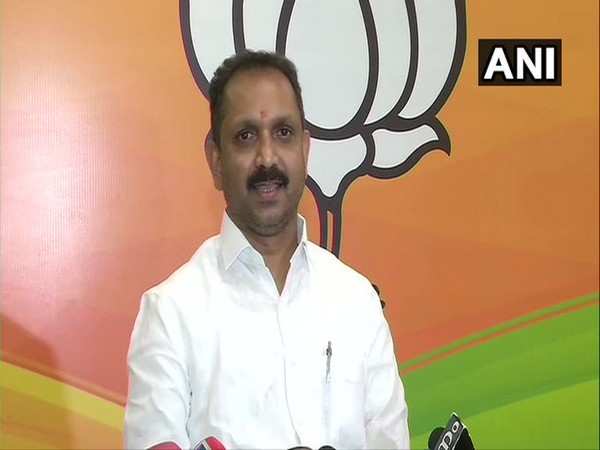 Praseetha Azhikode, the state treasurer of JRP alleged that K Surendran handed over Rs 10 lakh to JRP leader CK Janu to contest from Sulthan Bathery constituency as an NDA candidate and to return to NDA.

Azhikode released audio clips of K Surendran's alleged conversation with her and C K Janu. In one audio clip, Surendran allegedly asking Azhikode that when CK Janu wicome to meet him. In another clip, C K Janu allegedly telling the room number of a hotel to Surendran's PA.

Azhikode told mediapersons that K Surendran called her multiple times to meet C K Janu. "I and C K Janu reached Thiruvananthapuram on March 6, 2021. Surendran met C K Janu at room no 503 of Hotel Horizon. Before coming to the room, K Surendran's PA Dipin called on my phone. As the phone was put for charging, CK Janu attended the call and told the room number. K Surendran and Dipin then reached room no 503 and talked privately. Surendran handed over Rs 10 lakh to CK Janu there," said Praseetha Azhikode

She further said this was only about the money being handed over in Thiruvananthapuram. And, there was also another money dealing that occurred at Sulthan Bathery.

After the defeat in the assembly election, the BJP Kerala wing is facing severe allegations. Police has registered a case against K Surendran after BSP candidate Sundara who had withdrawn his nomination in the Manjeswaram constituency revealed that he had received Rs 2.5 lakh and a mobile phone to withdraw his nomination.

CPM candidate from Manjeswaram V V Rameshan filed a complaint with police against K Surendran based on Sundara's allegation and police has registered a case against BJP's Surendran.

Many BJP leaders including state president K Surendran and his son are under scanner in connection with high way robbery hawala money case. The BJP connection was brought in after Dharmaraj, an RSS worker who was allegedly transporting the cash said that the money was brought in for BJP.

K Surendran has denied that the cash had come for BJP. A special investigation team is investigating the case and they found the amount was more than Rs 3.5 crore.

On Monday, after the BJP core committee meeting in Ernakulam, BJP leaders alleged that there are attempts to attack the party from all sides and to target their leaders. (ANI)