On the occasion of World Youth Skills Day observed for the first time by Karnataka, as many as eight Memorandums of Understanding were signed between the government and leading companies with a view to up-skill the youth workforce, on Thursday. 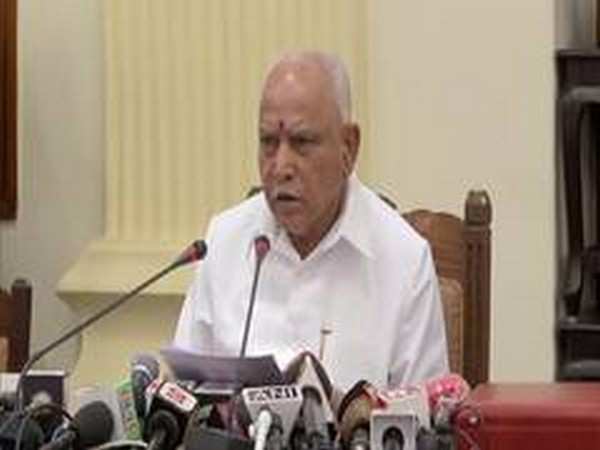 Bengaluru : On the occasion of World Youth Skills Day observed for the first time by Karnataka, as many as eight Memorandums of Understanding were signed between the government and leading companies with a view to up-skill the youth workforce, on Thursday.

The MoUs were signed and exchanged between the government and companies in the presence of Chief Minister BS Yediyurappa and Deputy Chief Minister Dr C N Ashwatha Narayana, who is also the minister for skill development, entrepreneurship, and livelihood, in a function held at Banquet Hall in Vidhan Soudha.

The MoUs include starting courses related to the automotive sector in selected ITIs in the districts of Bengaluru, Ramanagara, and Tumakuru in collaboration with Toyota Motors.

Speaking on the occasion, Yediyurappa said the state has a population of 2.21 crore within the age group of 16-35 and many programs have been initiated to improve the economic and social development of the state by skilling the youth to the global standards.

Dr Ashwatha Narayana said that under the program to convert 150 ITI s into technology hubs, modern labs related to Industrial Automation, Robotics, Internet, Additive Manufacturing would be set up and would benefit nearby diploma and engineering students through short term training in addition to the ITI students.

The government has planned to achieve 40 such MoUs with various companies and out of this eight have been signed at present. The remaining also will be done shortly, Narayan said.

As part of the celebration, an approval letter from AICTE was received with regard to starting Diploma courses in newly Set up GTTCs (Government Tool Room & Training Centers) in Chitradurga, Challakere, Koppala, and Yadagiri from the current academic year 2021-22.

Other companies with which MoUs were entered including Wipro, GE, Narayana Hrudayalaya, Technologies, ELCIA, ESDM, Cluster, Adithya Birla Group, and Home Lane. An MoU with Auto Desk company to provide training in Master CAM Design Software at Karantaka Germany Technology Training Institute (KGTTI) is also a part of this.

The organizations and trainers were felicitated for their contribution to the successful implementation of short-term programs under Deen Dayal Upadhyaya Grameena Koushalya Yojana (DDUGKY). Successful entrepreneurs under Entrepreneurial Development Program from CEDOK were also felicitated. A short film related to skill development was also played.