To provide security to the people living along the Line of Control (LOC) who face the risk due to unprovoked firing by Pakistan from across the border, the Central government with the support of the Indian Army is constructing community bunkers in Machil sector of Jammu and Kashmir's Kupwara district 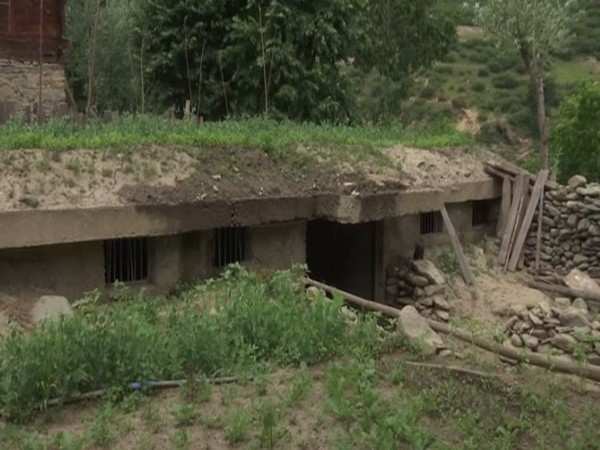 Kupwara: To provide security to the people living along the Line of Control (LOC) who face the risk due to unprovoked firing by Pakistan from across the border, the Central government with the support of the Indian Army is constructing community bunkers in Machil sector of Jammu and Kashmir's Kupwara district

To date, the government has constructed 48 underground community bunkers in the Kupwara district.

Earlier due to ceasefire violation, many lives were lost and several people were left injured and even disabled due to grievous injuries. But now, due to the construction of these bunkers, people feel secured and relieved as they can take shelter in them whenever firing incidents occur.

Habibullah Bhat, Sarpanch Machil Village, LOC, Kupwara, told ANI, "When these bunkers were not there, villagers used to face a lot of problems. These have provided a sigh of relief to the people. In fact, I would say these have provided a new lease of life to us. We are thankful to Prime Minister Narendra Modi and Lieutenant Governor of Jammu and Kashmir for this."

"These bunkers have been built for the first time here. We request the government to build more such bunkers across other border areas of the district. Earlier people use to get injured, hide in mountains, but now these bunkers make them feel secure," said the Machil Sarpanch.

These bunkers are designed and made especially for this purpose by using concrete cement and other material inside and covered up with normal soil so that they are not easily visible and cannot be traced.

This bunker has large halls inside depending on the size of the village population. When these villages come under attack, villagers immediately evacuate elders and children and take them in these bunkers.

He further said, "We also appreciate the ceasefire agreements signed between the governments of India and Pakistan. Villagers now living without any threat near LOC. Now they easily work in their agricultural fields and people engage in their day-to-day activities without fear. We want this agreement of peace on LOC to continue so that people can continue to live peacefully."

After discussions between the Director Generals of Military Operations of India and Pakistan, the two sides have to cease firing along the Line of Control (LoC) and all other sectors with effect from midnight of February 24 to 25.

The discussion between the two armies took place at a time when a large number of ceasefire violations were taking place along the LoC and violence levels were going up especially for the villagers living along the LoC on both sides.

"Both sides agreed for strict observance of all agreements, understandings and cease firing along the Line of Control and all other sectors with effect from midnight of February 24 to 25," a joint statement issued by the Defence Ministry said.

Wali Muhammad, a local said, "I would like to request the government to build more such bunkers because the ceasefire violation continues and people's lives are at risk. Whenever there is a firing, people had to face a lot of difficulties, they live in continuous fear for their lives. But now, these bunkers provide shelter to the people whenever firing will take place. People can hide in these bunkers and save their lives."

"These bunkers are highly beneficial for the people in saving their lives, but their numbers are less. When there will be shelling, we will sit inside them and save our lives. We request the government of India to construct more such bunkers," added another local Manzoor Ahmad. (ANI)