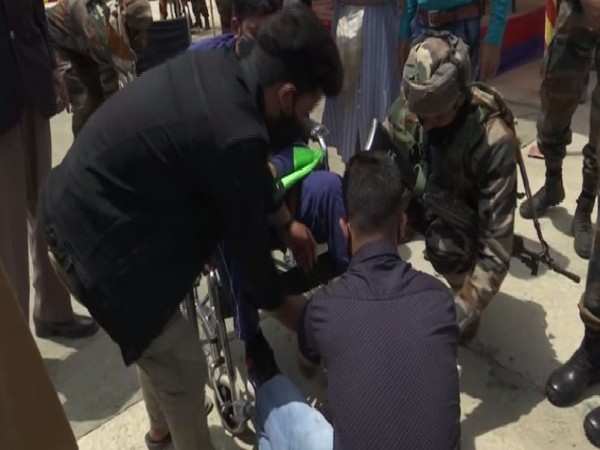 During the event, five types of medical aid were distributed among the beneficiaries including artificial limbs, wheelchairs, callipers, crutches and hearing aids.

A total of 11 artificial limbs, 17 wheelchairs, five callipers, eight crutches and 35 hearing aids were distributed during the event.

Dr DK Mehta, President of BMVSS, said that the camp helped many people.

"Most of the beneficiaries in the camp were people who lost their legs in mine blasts. Patients who were found to have polio-related problems were examined by medical officers and were fitted with callipers, crutches and provided with wheelchairs, based on the severity of their deformities," Deswal said.

Mohd Gulzar Mir, a beneficiary said, "I thank the Army to conduct such a camp and helped the people here. I also thank Dr DK Mehta for coming here all the way from Jaipur for motivating us."

"I salute Army for helping the people in the Union Territory," Khan said. (ANI)