Gadchiroli police arrested a naxal who was in hiding after getting injured in an encounter on March 29, the police said. 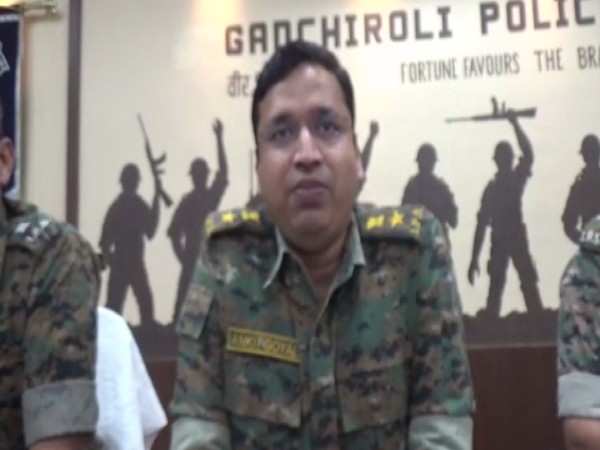 Gadchiroli (Maharashtra) [India], Gadchiroli police arrested a naxal who was in hiding after getting injured in an encounter on March 29, the police said.

According to the Superintendent of Police (SP) of Gadchiroli Ankit Goyal, the injured naxal has been identified as Kishore Kawdo who carries a bounty of 16 lakhs.

"The encounter, in which five Naxals were killed, took place at Khobramendha village in Maharashtra's Gadchiroli, and information had been received that many injured naxals were left behind," the SP said.

"Working on the information, on April 6, Kishore Kawdo was found at Kathezari village where he was hiding. Kawdo sustained bullet injury during the encounter in the leg and the wound was getting gangrenous," Goyal said.

"Kawdo was brought to Gadchiroli for preliminary treatment, and then shifted to Nagpur where he underwent surgery," Goyal said adding that Kawdo's condition is stable and further investigation is on. (ANI)