District administration has allowed Indore residents to go to the market for essentials like groceries and milk in the 7 am to 10 am window. 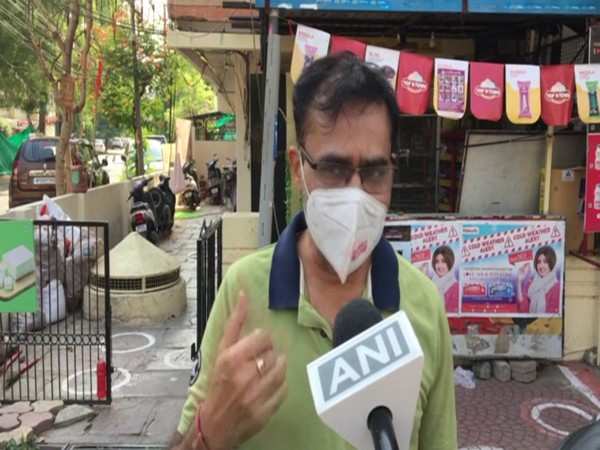 Indore (Madhya Pradesh) [India], District administration has allowed Indore residents to go to the market for essentials like groceries and milk in the 7 am to 10 am window.

Today, though people went out to buy the daily supplies, no crowd was seen in the market.

"The leniency window must be extended. This will prevent the market place to be crowded. Rich people stock up but what about the poor like us who have to earn and then eat daily. The prices are also going up due to the lockdown," a local woman said.

"The need to impose a lockdown suggests the failure of government in curbing the spread of the infection. Lockdown is not a solution for anything. Businesses are already suffering, I myself am a businessman and know how hard the year has been for us," Sanjay Gupta, a local resident, said.

"The lockdown seems to be an attempt to cover up their failures. I also don't see any logic in giving relaxations so early in the morning," Gupta added.

Another local Ramesh lauded the government's decision to impose the lockdown and hoped it would control the spread of the infection immensely.

"If people get enough time to buy their daily essentials, the decision is good," Ramesh said.

Naushad, a shopkeeper, complained that the relaxation time is too short.

"If we sell during these three hours, when will we go to refill our stock. There must be relaxations twice daily," he said.

"Prices are increasing in the wholesale market, we are getting goods at higher prices, but customers accuse us of black marketing, it is better that we keep the shops closed," Naushad lamented.

The lockdown currently underway in Indore, which was initially scheduled to end on Monday, i.e. April 12, has now been extended till 6:00 am on April 19, said BJP MP Shankar Lalwani.

Lalwani said this was decided in a meeting of the Indore District Crisis Management Committee chaired by Madhya Pradesh Chief Minister Shivraj Singh Chouhan on Saturday.

He further said that vegetable and milk shops in the city will remain open from 7:00 am to 10:00 pm, adding that grocery and medical stores will also continue to remain open during the lockdown.

Lalwani said that the situation of Indore is worrisome as compared to other cities and districts. (ANI)