Dismissing Public Accounts Committee (PAC) chairman Payyavula Keshav's allegations that large sums in excess of Rs 41,000 crore remained unaccounted for, Andhra Pradesh Finance Minister Buggana Rajendranath on Wednesday said as a PAC chairman he can get information from the state finance department and cross-check, but instead of doing that he is creating panic among the public. 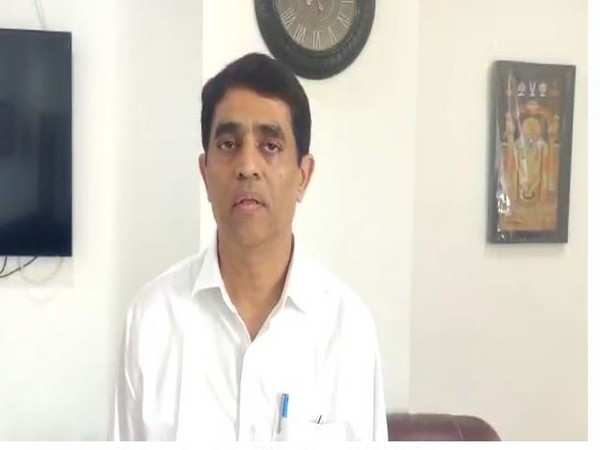 Vijayawada: Dismissing Public Accounts Committee (PAC) chairman Payyavula Keshav's allegations that large sums in excess of Rs 41,000 crore remained unaccounted for, Andhra Pradesh Finance Minister Buggana Rajendranath on Wednesday said as a PAC chairman he can get information from the state finance department and cross-check, but instead of doing that he is creating panic among the public.

Addressing a press conference here on Tuesday, Rajendranath said, "For the past one week, opposition TDP has been alleging irregularities in the Finance department. Public Accounts Committee chairman and TDP MLA Payyavula Keshav has complained to the Governor demanding a CAG audit of irregularities to the tune of 41,000 crores."

"As chairman of PAC, he can get information from the department and cross-check. Instead of that, creating panic among the public is not correct," said the Andhra Pradesh Finance Minister.

He claimed that the CFMS System was developed by the previous TDP government which was not developed on a robust scale, adding that the system is erroneous.

He further said that due to the errors there are issues with entries of Rs 41,000 crores, which is being rectified.

"The CFMS system was introduced by the previous TDP government. That system was not developed by the govt on a robust scale but SAP's accounting software is being used. Because of lacuna in the program, there are some errors in the CFMS. We have been rectifying that system. Because of that only, there are issues with entries of Rs 41,000 crores. Such issues are being sorted out," Rajendranath said.

He said that the TDP had alleged that the central govt has raised objections to the loans of Rs 17,923 crores taken by the state govt in excess of the ceiling imposed on it, but it did not mention that Rs 16,400 crores of that debt were raised by the previous TDP government. He alleged that to hide the fact, the TDP is accusing the YSRCP-led Andhra Pradesh government.

Indicating that it obvious to take loans as the entire country and the world is suffering financial problems amid the COVID-19 pandemic, the minister said that the state government's borrowings are "well within the limits."

"Of course our govt is also raising debts, but from well within the limits. For the past two years, not only our state but the entire world is facing financial problems due to Corona. Even the central govt has raised debts. There is no state or country that raised loans," said the Andhra Pradesh Finance Minister.

Raising a question on the credibility of loans taken by the previous TDP government, Rajendranath stated that the YS Jagan Mohan Reddy-led Andhra Pradesh government distributed Rs 1.3 lakh crores to beneficiaries, but nobody is aware as to where did the money borrowed by the TDP government go.

"At least we have accounted for the loans and where we spent them. Through DBT under various schemes, our govt has distributed Rs 1.3 lakh crores to beneficiaries. But where have the debt amounts raised by the then TDP govt gone?" questioned Rajendranath.

He alleged that the TDP government's debt rose to more than 18 per cent even when the Centre's debt was only 8.44 per cent during 2014-19.

He added despite the chaos created by the TDP, the present state government is "still struggling to set the systems right."

Rajendranath said, "During 2014-19; the central govt's debt was 8.44 per cent while the then TDP govt's debt raise in AP was more than 18 per cent. Such a chaotic situation was prevailing during the TDP regime. We are still struggling to set systems right."

"There is no problem with the payment of salaries for employees. Salaries for some employees are delayed wherever some technical issues are there, we are rectifying them immediately and making payments of salaries immediately," he added. (ANI)