Bharatiya Kisan Union leader Rakesh Tikait on Saturday informed that from July 22 onwards, 200 people will hold protests near Parliament, in view of the ongoing farmers' protests. 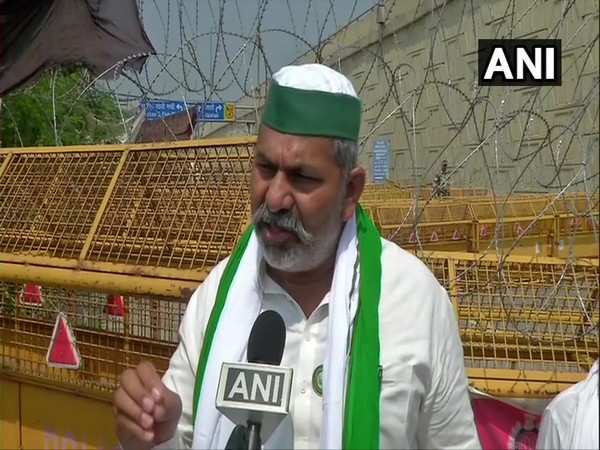 While speaking to ANI, Tikait said, "If the Centre wants discussion on farm laws, we're ready for talks. But, if talks do not happen or reap fruitful results, then from July 22 onwards, 200 of our people will hold protests near Parliament."

Tikait on Thursday said the farmers are ready to talk with the government on the farm laws but made it clear that the discussions should be held without conditions. Tikait was responding to Union Agriculture Minister Narendra Singh Tomar's remarks where he said the government is ready to hold talks with the protesting farmers to discuss other options.

Speaking about this year's Republic Day incident, Tikait today said, "We did not said that we'll take up issue of new farm bills at United Nations. We'd responded to a question over January 26 incident. Is there any agency here that can conduct an impartial investigation? If not should we take this matter to the UN?"

On Republic Day, protestors did not follow the prearranged route and broke barricades to enter Delhi, clashed with police, and vandalised property in several parts of the national capital during the farmers' tractor rally. They also entered the Red Fort and unfurled their flags from its ramparts.

Farmers have been protesting at different borders of the national capital since November 26 against the three newly enacted farm laws -- Farmers' Produce Trade and Commerce (Promotion and Facilitation) Act, 2020; the Farmers Empowerment and Protection) Agreement on Price Assurance and Farm Services Act 2020 and the Essential Commodities (Amendment) Act, 2020. (ANI)