Former Home Minister of the Maharashtra government, Anil Deshmukh filed a petition in the Supreme Court on Tuesday challenging the Bombay High Court order directing for a CBI's preliminary probe against him. 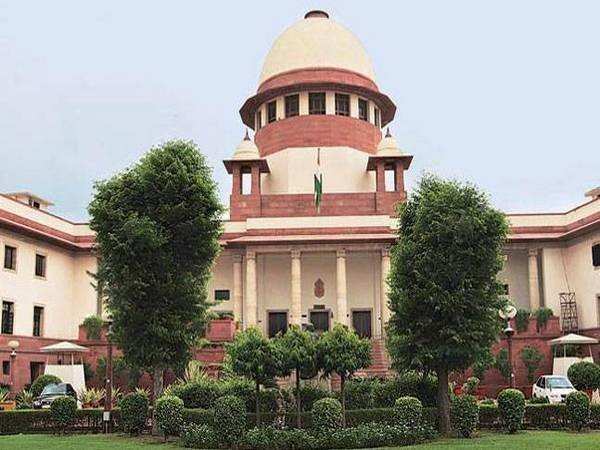 New Delhi : Former Home Minister of the Maharashtra government, Anil Deshmukh filed a petition in the Supreme Court on Tuesday challenging the Bombay High Court order directing for a CBI's preliminary probe against him.

Deshmukh, in his petition, said that the Court (Bombay High Court) believed that the entire state machinery was untrustworthy, that no investigation, could have been made within the state by a state investigating agency, by referring to it as an "independent investigating agency", knowing fully well that its credentials in the past are not such that the court can repose absolute faith in such an agency.

It is therefore a matter of concern that the entire state machinery had been jettisoned and the normal process of law bypassed, in the exercise of power under article 226 of the Indian Constitution, Deshmukh said in his petition.

Deshmukh sought a direction that the Apex Court should grant his SLP and grant him relief in the present case immediately, he said in his petition.

Deshmukh said that the contents of his SLP was for the purpose of interim relief. The petitioner (Anil Deshmukh) had made out a prima facie case and the balance of convenience lies in his favour.

"If the impugned (Bombay High Court) judgement is not stayed (by the Supreme Court), the petitioner (Anil Deshmukh) will suffer irreparable loss, as the order will be implemented and the CBI will commence the preliminary inquiry in terms of the order and this will render this SLP infructuous," Deshmukh said in his petition.

"The High Court did not appreciate that there is not an iota of substance and evidence that is placed before the Court to even, prima facie, establish that any of the allegations made have any element of truth," Deshmukh said in his petition.

The erstwhile commissioner of police, has referred to the alleged conversations by others which was purely, hearsay, not had any substantive evidence before the court, that can in law, be relied upon, and without giving notice to the petitioner (Anil Deshmukh) the court has handed over the investigations to an agency which the state government had the least confidence in, Deshmukh said in his petition. (ANI)