New Delhi [India], April 29 (ANI): The Delhi High Court on Thursday granted more time to the Ministry of External Affairs (MEA) after it sought extra time to resolve the issue related to the mortal remains of a Hindu man who was wrongly buried in Saudi Arabia. 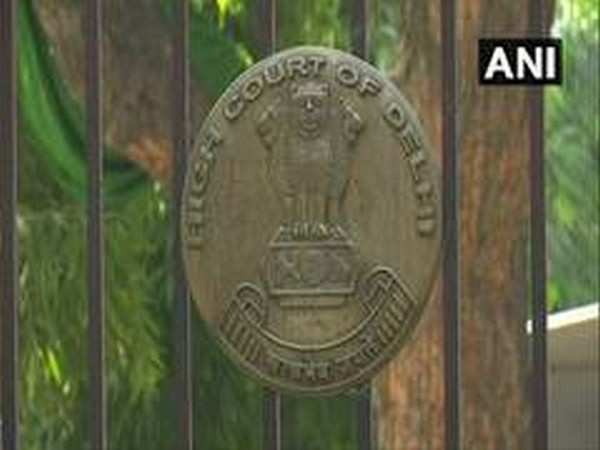 New Delhi [India], April 29 (ANI): The Delhi High Court on Thursday granted more time to the Ministry of External Affairs (MEA) after it sought extra time to resolve the issue related to the mortal remains of a Hindu man who was wrongly buried in Saudi Arabia.

Vishnu Sharma, Director, CPV Division MEA joined the court proceedings and apprised the court that the Ministry had received some positive indications from concerned authorities to resolve the issue.

Justice Pratibha M Singh today granted more time to the MEA and adjourned the matter for May 12 for further hearing.

The Court also took note of Advocate Farrukh Khan, Amicus Curies in the matter suggesting that if the concerned matter is not resolved till the next date, Foreign Secretary's intervention may be required to escalate it.

The High Court also showed displeasure with the District Magistrate of Una, Himachal Pradesh for not providing a cheque to the deceased's wife till now. The Court said: "If cheque not handed over to the deceased's wife before next date, the concerned DM shall also need to join the court proceeding through video conferencing."

Meanwhile, the counsel appearing for the petitioner apprised the court that the concerned DM had sought some documents from the wife of the deceased which had already submitted last week but still they had not received the compensation cheque from him.

Earlier, the MEA informed the Delhi High Court that legal proceedings had been initiated in Saudi Arabia and the burial site had been located. It was also informed that Indian authorities are in touch with Saudi authorities and making all possible efforts.

The Court had appointed Advocate Farukh Khan, Amicus Curie in the matter. The bench had also directed that the interim compensation awarded to the deceased's family should be paid at the earliest.

It was informed by the MEA that the Indian officials met with the officials of Saudi Arabia including governor of Jizan province and the Indian Consulate in Jeddah has received the Power of Attorney of the petitioner and filed a case before the concerned Saudi Court.

Earlier, the MEA submitted that the Indian mission in Saudi Arabia had not given the NOC for local burial, Death Certificate was translated by the employer, not by the Indian mission, and burial had taken place in a non-Muslim grave yard. The MEA official also informed the court that they received Rs. 4.65 lakh as compensation from the employer and the cheque will be handed over to the family.

Advocate Subhash appearing for the deceased earlier had also submitted that Sanjeev Kumar worked 23 years in Saudi and as per the information received from the colleagues of deceased, his family was entitled to approximately Rs 30-40 lakhs as end of service benefits, insurance, etc. Only the Indian mission can verify the details and help the family for getting it.

According to the petition, the woman's husband named Sanjeev Kumar, an Indian citizen had passed away on January 24. 2021 at his workplace in Saudi Arabia. Kumar, who worked in Saudi Arabia for 23 years died due to diabetes, hypertension and cardiac arrest and the mortal remains were kept in Beesh General Hospital, Jizan, Saudi Arabia. (ANI)