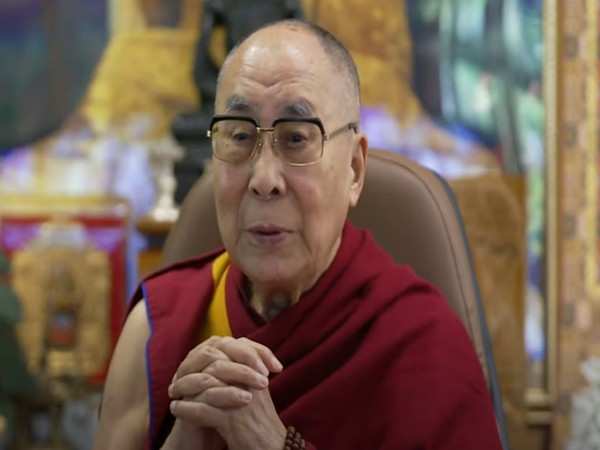 In a video message, Dalai Lama expressed his gratitude towards everyone who wished him on his birthday saying "Many of my friends expressed happy birthday. So, I want to take this opportunity to express to those people, my thanks."

"I want to thank my longtime supporters and friends, and then many other people including Indian Prime Minister Narendra Modi and many ministers and also chief ministers and a number of my Indian friends," he added.

Tibetan spiritual leader Dalai Lama further said, "They sincerely expressed their congratulations on my birthday. So I very much appreciate this friendly expression."

"So I want to thank all those people who really think it was my life, as something useful. So I very much appreciate it and the more people sincerely express in that way that gives me, determination, inner strength," he added.

PM Modi on Tuesday had a telephonic conversation with the Tibetan spiritual leader Dalai Lama on his 86th birthday and wished him a "long and healthy life".

The Dalai Lama is the spiritual leader of Tibet. He was born on 6 July 1935, to a farming family, in a small hamlet located in Taktser, Amdo, northeastern Tibet.

At the age of two, the child, then named Lhamo Dhondup, was recognised as the reincarnation of the previous 13th Dalai Lama, Thubten Gyatso.

In 1950, after China's invasion of Tibet, he was called upon to assume full political power. In 1959, he was forced to escape into exile. Since then, he has been living in Dharamsala. (ANI)