New Delhi [India], May 18 (ANI): The National Disaster Response Force (NDRF) Director General SN Pradhan on Tuesday said that the 'worst is over' and Cyclone Tauktae will "become a depression" by today evening. 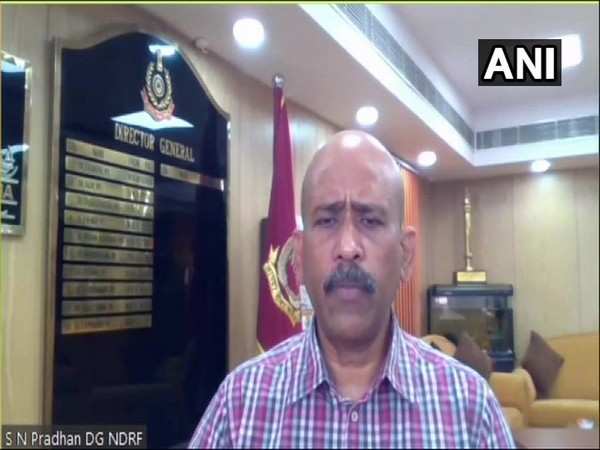 New Delhi [India], May 18 (ANI): The National Disaster Response Force (NDRF) Director General SN Pradhan on Tuesday said that the 'worst is over' and Cyclone Tauktae will "become a depression" by today evening.

Pradhan said, "The cyclone has weakened into a cyclonic storm level and probably in another couple of hours it will become a cyclonic system which is a much lower category. By the time it reaches Gujarat coast in the late evening, it would have become a depression...The worst is over"

"Another good news is that the state emergency operation centre (SEOC) of Gujarat has informed us and confirmed that there have been no deaths at all," he further said adding that there is considerable damage to property and infrastructure.

"Initially there were reports in the morning of hundreds of villages losing electricity but within an hour the electricty has been restored. These are good signs of the disaster response capabilities of India and the states. It will take some more time to complete the restoration," Pradhan said.

"It was very important to clear the roads and vital arteries of communication during these troubled times of COVID-19. We have sent troops and personnel who have been vaccinated with both doses," he further said adding that they were equipped with special suits and accompanied by paramedics, doctors and attendants while sharing his hope that the forces will come out unscathed by the pandemic.

"Extremely severe" Cyclone Tauktae unleashed devastating winds that reached speeds up to 190 kilometres per hour as the storm made landfall in Gujarat, damaging structures, electricity lines, and uprooting trees.

In a tweet the meteorological department said, "The Cyclone continues to show weakening trend. Eye is disorganising, wall cloud is weakening." (ANI)