Cong only option against BJP; we will form govt at Centre in 2024: Nana Patole

Amid the ongoing rift between the parties of the Maha Vikas Anghadi (MVA) government, Maharashtra Congress chief Nana Patole on Wednesday said that Congress is the only party left against the BJP and his party shall form the government after the 2024 general elections. 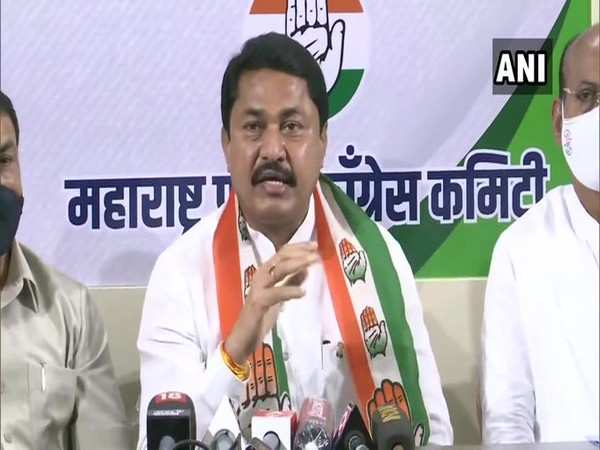 Mumbai: Amid the ongoing rift between the parties of the Maha Vikas Anghadi (MVA) government, Maharashtra Congress chief Nana Patole on Wednesday said that Congress is the only party left against the BJP and his party shall form the government after the 2024 general elections.

"Congress is the only option left in the country, against the BJP. In 2024, under the leadership of Rahul Gandhi, the Congress government will be formed in the country," said Patole while speaking to reporters yesterday.

The Maharashtra Congress chief said, "We are not pressurising anyone, we are just working towards making our party number one in the state. Congress is one of the major parties in Maharashtra. It is receiving huge support from the people. People are coming forward to identify themselves with the party. People's trust in the party is growing. The party's strength is increasing day by day."

Reacting to NCP chief Sharad Pawar calling Patole a small person, he said, "Yes, I am a small person, Pawar Sahib is our eldest leader and he loves me a lot and this love will always be there."

Speaking about the meeting of Congress leaders with Sharad Pawar, Patole said, "Our in-charge and prominent leader Ashok Chavan had gone for the meeting. He raised the issue of reservation for Other Backward Classes (OBCs) which the BJP has reduced. The government is fighting for the same in the court. OBC reservation has many problems as the Central government is not providing the data and the Maharashtra government's commission will take time. That is why our leaders had gone to meet Pawar saheb. Our leaders had told Pawar ji that Congress will fight the battle of OBCs on the streets in the coming days and urged the allies to join us.

"We were cheated in 2014. We might have to contest elections alone. So we are preparing in advance," he added.

Congress leaders on Wednesday met National Congress Party (NCP) chief Sharad Pawar to assure him that Congress chief Nana Patole's statements on the MVA alliance would not be repeated.

NCP sources informed that a few MVA leaders were angry with recent statements made by Patole about his party's 'growing influence in Maharashtra'.

Chavan and Patil and assured that the MVA government was stable and the Congress chief's statements had been taken out of context.

Patole had also alleged that his phone was being tapped by the Maharashtra government and that 'some people' were stabbing Congress in the back. (ANI)