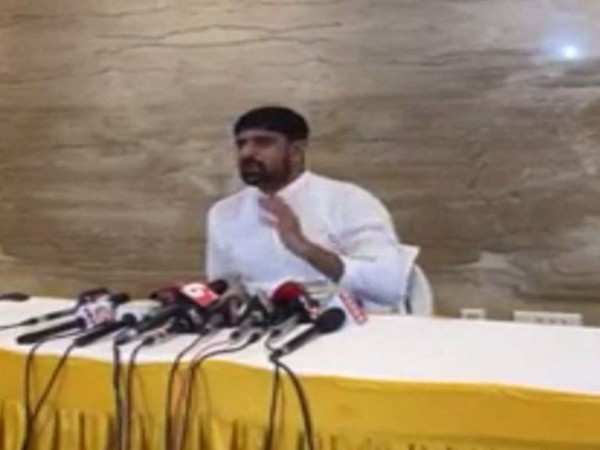 The Committee directed Kaushik Reddy to respond to the notice within 24 hours, failing which stern action would be initiated.

After the notice has been issued, Kaushik Reddy submitted a resignation letter to the AICC President stating that due to the ongoing political circumstances he has decided to resign from his position in the party as well as from the party.

In his resignation, he thanked Rahul Gandhi and Former TPCC President N Uttam Kumar Reddy for having confidence in him and supporting him by giving him the ticket for contesting as the Congress candidate from Huzurabad back in 2019.

As per the audio clip that went viral, Kaushik, while speaking to Vijayender who is a BJP youth member, is heard saying that the Huzurabad by-elections ticket has been confirmed to him from the TRS party and further in the audio clip he has been heard asking for the list of youth from Madannapet. He was further heard saying to pay youth a sum of Rs 2,000; Rs 3,000 or Rs 5,000 and bring them into the party.

After submitting his resignation, Kaushik Reddy in a press meet made allegations against the newly appointed TPCC President Revanth Reddy by saying that he paid Rs 50 crore to AICC leader Manickam Tagore to get the post of Telangana Congress president.

He further said, "How come, being the TPCC President, Revanth Reddy gave up on the upcoming by-elections in Huzurabad by saying that Congress will not be able to make it in the polls?"

The Congress leaders have reacted sharply over the allegations that have been put forth by Kaushik Reddy.

The AICC Incharge for Telangana Manickam Tagore took to Twitter stating, "Those who are loyal to Chandrasekar Rao Garu always throw false allegations on me because my primary duty is to defeat TRS and make Congress victorious in Telangana and my lawyers will issue notice for defamation and complaint will be registered in Madurai. Welcome to Madurai Court."

Further senior Congress leader and Ex-MP, Ponnam Prabhakar also tweeted, "A Committed Soldier of Congress. A Sincere and Honest man. I seriously condemn all the false allegations on Manickam Tagore's integrity. Immediate action should be taken on all those people."

He further stated, "Manickam Tagoreji's loyalty and honesty can't be questioned. Senseless and baseless allegations made by traitors to defame Congress party can't be tolerated."

Another Congress leader Mallu Ravi, Ex-MP and TPCC Senior Vice President, said, "We seriously condemn the allegations of Kaushik Reddy on Revanth Reddy. He is appointed as TPCC president by AICC president Sonia Gandhi in a most democratic way. All the Congress leaders and cadre respect the decision of our AICC president and are participating on large scale in agitations against petrol price hikes in the state."

He added that the Former TPCC President Uttam Kumar Reddy has already condemned the allegation of Kaushik Reddy on Revanth Reddy and also advised for serious action.

He stated that Kaushik Reddy is acting as a toy in the hands of Telangana Chief Minister and TRS chief K Chandrashekhar Rao. "Let us forget all this and fight for the restoration of democratic rule in Telangana," he added. (ANI)