Bhupender Yadav assumes office as Minister of Labour and Employment 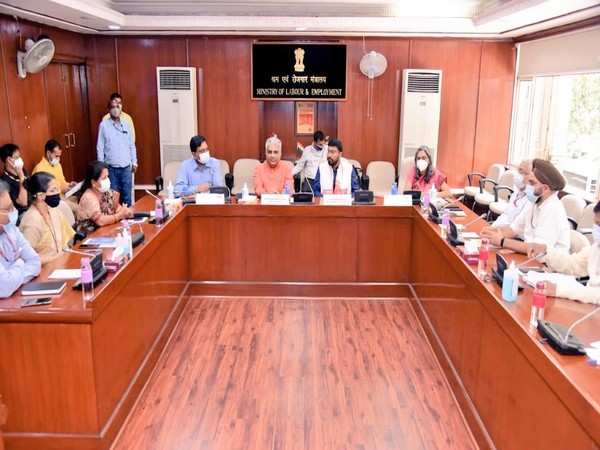 Yadav is serving as the National General Secretary of BJP and he is also the in-charge of the Bihar and Gujarat unit of the party.

"Before taking charge as Union Minister, had the privilege of meeting BJP President @JPNadd ji. Also, met my organisational colleagues. I offer my thanks to each one of them for their trust and guidance," his tweet read.

A lawyer by profession, Yadav has been a member of the committee on Home Affairs and consultative committee for the Ministry of Finance.

As a parliamentarian, he was part of drafting committees of important Bills, including the Surrogacy (Regulation) Bill and the Personal Data Protection Bill.As many as 43 leaders took oath on Wednesday in the first Union Cabinet reshuffle and expansion after Prime Minister Modi returned to power for a second term in May 2019.

Some of the key figures inducted into the Union cabinet include Jyotiraditya Scindia, Bhupender Yadav, Sarbananda Sonowal and Pashupati Kumar Paras.