West Bengal BJP chief Dilip Ghosh on Sunday refuted rumours of infighting in the party's state unit and said some leaders are frustrated and they are narrating it in their own way. 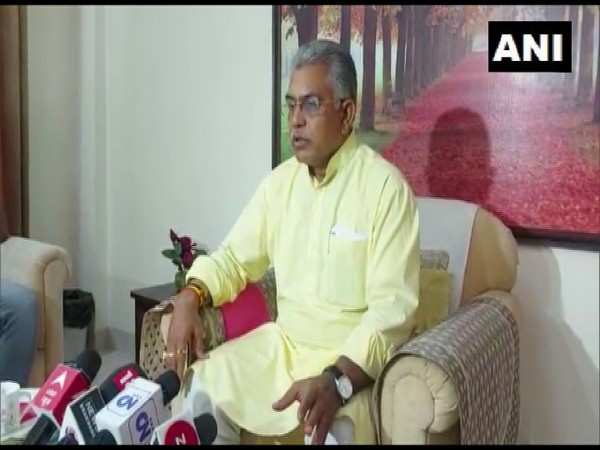 New Delhi: West Bengal BJP chief Dilip Ghosh on Sunday refuted rumours of infighting in the party's state unit and said some leaders are frustrated and they are narrating it in their own way.

"There is a system in our party. We are ready to listen to them. But they should not discuss this in public. Some people are so frustrated that they have forgotten what to say and where. This is not an internal matter nor it is a problem of the party. It is a personal problem, it is the frustration of the people and they are narrating it in their own way. The party has nothing to do with them," Ghosh told ANI.

Recently, BJP MP Soumitra Khan had also resigned from the post of Yuva Morcha president. He has criticised Leader of Opposition in West Bengal Assembly Suvendu Adhikari. Some other BJP leaders have also spoken against the party following the disastrous defeat of the Bharatiya Janata Party in the West Bengal Assembly elections.

When asked about his meeting with BJP National President Jagat Prakash Nadda, Ghosh said, "I have come here last night only to discuss Bengal. He is busy today (Sunday) so I think I can get time by tomorrow. As soon as he calls me, I will go and talk to him."

Lashing out at the Trinamool Congress (TMC) government over post-poll violence and the arrest of three suspected Jamaat-ul-Mujahideen Bangladesh (JMB) terrorists from Kolkata, Ghosh said West Bengal has become a "supplier of extremists".

"Extremists, terrorists and anti-socials have made West Bengal their safe shelter. The government does not seem willing to catch them. West Bengal has become a supplier of extremists. Bengal's security is an issue of concern. Cross-border terrorism is grasping the state. How are they living here? The CM is focused on political benefit regardless of law and order," he said.

"Just a few days ago, some gangsters from Punjab were caught in New Town. They were living there for months in a housing complex where there are thousands of flats. People are living there comfortably, there is no security, no investigation, no inquiry, before this, the terrorists of Mizoram were coming and living, now the terrorists of JMB have been caught," he added.

"Bomb blasts are reported in every district, gun factories are being found, there is no restriction. And communal riots have taken place in many cities. The government of West Bengal has made Bengal the den of anti-social elements. They have political interest since for them Bangladesh Rohingyas and infiltrators are voters. Properties worth crores were burnt, railway station, train, everything was burnt during violence," he added further. (ANI)