Bhopal's Bhadbhada crematorium has decided to use mortal remains of ashes of Covid victims left after cremation as fertilizer for the plantation on the campus. 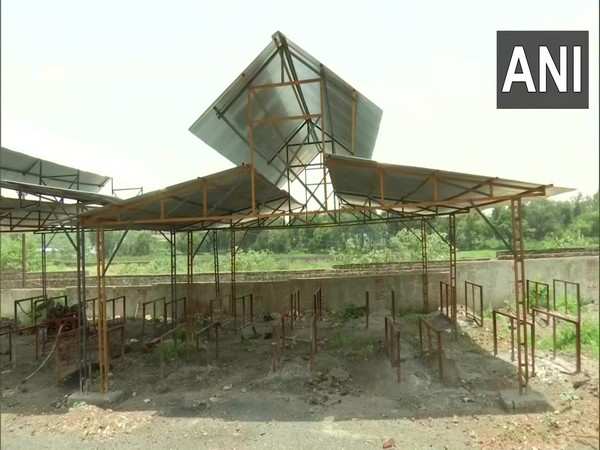 Bhopal (Madhya Pradesh) [India]: Bhopal's Bhadbhada crematorium has decided to use mortal remains of ashes of Covid victims left after cremation as fertilizer for the plantation on the campus.

A large number of cremations due to the second surge of Covid-19 had posed a challenge for the crematoriums as several tonnes of mortal remains in ash were left on the premises. These are being used as fertilizer for the plantation.

Speaking to ANI, Project head, Tanmay Jain said, "We will plant 3,500 saplings in 12,000 square feet of land. There are currently 56 types of species here. It will become trees in 15-20 months. It will be around 30 per cent denser than normal forest."

"If we talk about ashes in science, it is just phosphorus which acts as manure for these trees, but there is an emotional connection as well. The memory of the people who died due to Covid will be remembered by these trees," he added.

According to Jain, Bhadbhada crematorium has witnessed scores of cremations in the last couple of months, due to which around 4-5 truckloads of ash were left on the campus. As the ash was mostly of the Covid-infected bodies, it was not possible to transport it to other places.

"There was a fear among people, so transporting this ash to any other place could be an issue. We did not even want to put it in an open place or throw it in a water body," said Jain.

Dr. Shashikant Joshi, who came here to plant saplings in the memory of his father said, "All the plants which being planted here are in memory of our loved ones, the crematorium will take care of the plants. The ash which is there in the manure will be used so there is also this emotional connection here." (ANI)