As COVID-19 cases surge, Chief Ministers gear up to take on second wave

As COVID-19 cases continue to rise across the country, Chief Ministers of several states have initiated precautionary measures to minimise the spread of the coronavirus in their respective states, including night curfews, travel restrictions, and ramping up of vaccinations. 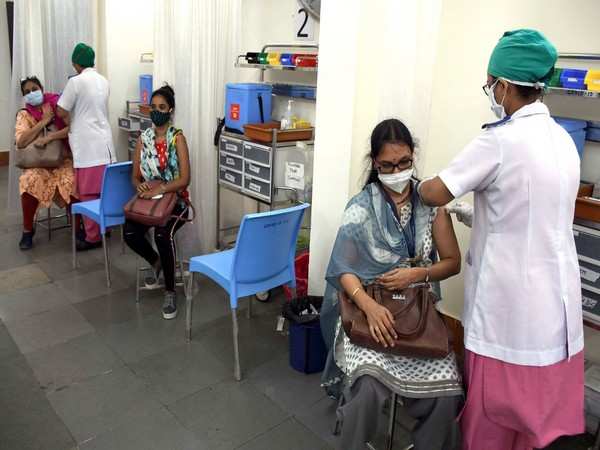 New Delhi [India],  As COVID-19 cases continue to rise across the country, Chief Ministers of several states have initiated precautionary measures to minimise the spread of the coronavirus in their respective states, including night curfews, travel restrictions, and ramping up of vaccinations.

Over the last week, night curfews have been imposed in parts of Gujarat, Uttar Pradesh, Punjab, Delhi, West Bengal, Karnataka and Maharashtra, among several others.

With cases in Gujarat increasing significantly, Chief Minister Vijay Rupani on Friday informed that beds for COVID-19 patients have been increased by 15,000 in the state, and the state is expecting about 3 lakh doses of Remdesivir soon.

"COVID-19 cases are rising in Gujarat also. We have imposed a night curfew in 20 cities between 8pm to 6am. We are focusing on testing and vaccination. In the last seven days, we have increased the number of beds by 15,000. We are going to get 3 lakh injections of Remdesivir soon," Rupani said.

In Odisha, where there are currently 4,713 active cases, Chief Minister Naveen Patnaik urged people to wear masks and follow other protocol.

"The second wave of COVD19 has started, this is why lockdowns and night curfews have been imposed in many states of the country, but if we follow the COVID rules properly we can avoid situations like lockdowns in the state," Patnaik said.

Meanwhile in Bihar, Chief Minister Nitish Kumar informed that arrangements are being made in for workers returning to the state due to the spike in cases.

"For those from Bihar who are returning to the State due to the current COVID19 situation, arrangements are being made for them. Those coming by trains from Maharashtra will be tested for COVID19 at the railway stations," he said.

"I am in the favour of the vaccination of journalists of all age groups. They go everywhere to cover news and should be included among frontline workers," he added, further informing that order for closure of schools from April 5 to April 11, had been extended for another week.

Uttar Pradesh Chief Minister Yogi Adityanath, meanwhile, held a meeting with officials of Team-11 on the situation in the state, and instructed officials to ensure that 60 per cent of all tests being conducted in the state were RT-PCR tests.

He also gave directions to the Health department and others to make necessary arrangements for Prime Minister Narendra Modi's proposed 'Tika Utsav'.

For the third consecutive day, India on Friday witnessed the highest single-day spike of new Covid-19 cases after reporting over 1.31 lakh cases on Friday.