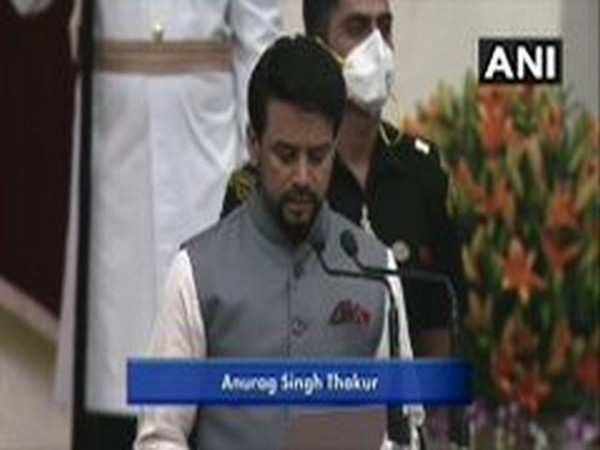 The BJP MP was elevated in the reshuffle and expansion of the council of ministers carried out by Prime Minister Narendra Modi on Wednesday.

He took oath at a function in Rashtrapati Bhavan.

Thakur became Minister of State for Finance and Corporate Affairs in 2019, when the BJP led by PM Modi was elected for a second term in office.

He was first elected to Lok Sabha in May 2008 in a by-poll as a candidate of Bharatiya Janata Party (BJP). Thakur was also elected to 14th, 15th and 16th Lok Sabha.

Thakur was the President of the Board of Control for Cricket in India (BCCI) from May 2016 to February 2017. In 2016, he became the first serving BJP Member of Parliament to become a regular commissioned officer in the Territorial Army.

He was the youngest president of the Himachal Pradesh State Cricket Association at the age of 25. (ANI)