After 3 decades, Minpa village in Chhattisgarh, once a naxal stronghold finally to get road connectivity

Villagers of Naxal-dominated Minpa village in Sukma district, who were cut off from the mainstream for 3 decades, will soon get connected with nearby villages as security forces have been roped in to ensure the construction of roads in the area. 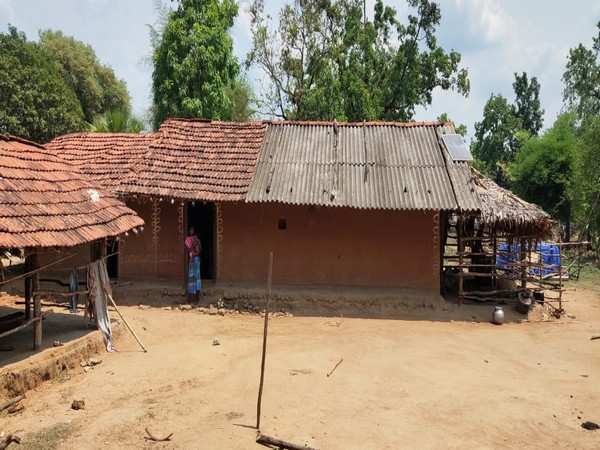 Sukma: Villagers of Naxal-dominated Minpa village in Sukma district, who were cut off from the mainstream for 3 decades, will soon get connected with nearby villages as security forces have been roped in to ensure the construction of roads in the area.

The development work in Minpa village comes after a year when 17 District Reserve Guards (DRG) were killed and 14 others were injured in a deadly Naxal attack on March 21, 2020.

The security forces have successfully established their camp in Minpa village, which is considered a meeting point of Naxals. Earlier in 2013, security forces tried to set up a camp but they had to take a step back after 2 personnel were killed in the Naxal attack.

Construction of bridges is also underway while electricity lines are being laid in the areas near the Minpa village. More than 1000 security personnel from different agencies including District Reserve Guards (DRGs), Special Task Force and special police unit CoBRA and CRPF have been deployed to guard to ensure that evelopment work is not obstructed by Naxals.

Speaking to ANI, Inspector General of Police, Bastar P Sundarraj said, "Minpa village is strategically very important for us as around 30 years ago it was on the state highway. Due to Naxal stronghold, the road and economic activities in the area were shut."

"Earlier in 2013, we tried to establish a camp here at the village but due to stronghold of Naxals, we withdrew the camp. We lost two security personnel in Minpa in 2013. In December 2020, we started establishing a new camp in Minpa. We are now constructing a road connecting the Chintagupha, Burkapal and Chintalnar village which lies on Dornapal - Jagargunda axis," he added.

Sundarraj pointed out that the construction of roads in the area is challenging due to Naxals' presence.

"Around 1000 personnel from District Reserve Guards (DRGs), Special Task Force and special police unit CoBRA, CRPF are doing surveillance of construction of the Minpa Road. Villagers of Minpa who were cut off from mainstream from 30 years will soon get electricity, school, Aanganwadi, pure water and a sub-health centre," he said.

"Naxals usually plant IED bombs and attack road opening party. Still, we are committed to working for the welfare and development of villagers," he added.

Incensed at the inordinate delay of 30 years in construction of a road to their villages,a villager named Kunjam said, "In 2005, we had road and electricity. We only have two handpumps that do not work properly. We do not have a school here. Many students are living in Dornapal which is around 45 kilometres from here."

"If someone gets sick, we have to take him on cot to Burkapal or Chintagupha on foot as an ambulance cannot come here due to the unavailability of the road. If we get road, electricity and other basic needs, our life will become much happier," he added. (ANI)