"I am proud of Sanjay Raut," Uddhav Thackeray said 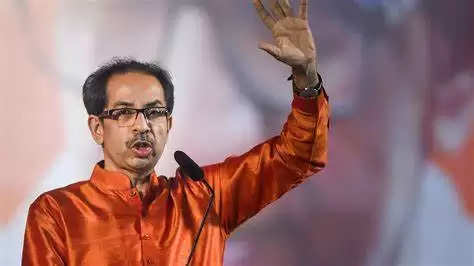 Mumbai: Former Maharashtra Chief Minister Uddhav Thackeray, in an attack on the BJP-led Central government following the arrest of close aide Sanjay Raut, has compared it to the rule of German dictator Hitler. He said during the Second World War, at one point Hitler seemed to be winning, and a cartoonist kept exposing him. "Hitler wanted him dead," Mr Thackeray said.

"Where is democracy if you are relying on the Enforcement Directorate and the Central Bureau of Investigation?" he said.

Mr Raut, arrested by the Enforcement Directorate in connection with an alleged money laundering case, has been placed in the agency's custody for four days by a Mumbai court.

The Sena faction led by Mr Thackeray has raised the issue in Parliament, with party MP Priyanka Chaturvedi giving a notice for a discussion on "misuse of premier investigative agencies by the Central government for political agenda".

"The only crime SanjayRaut has committed is that he has not been cowered down by the politics of intimidation of the BJP party. He is a man of conviction and courage. We are with Sanjay Raut," tweeted Congress's Adhir Ranjan Chowdhury.

Mr Thackeray said he was proud of Mr Raut, who "did not succumb to any pressure", reported news agency Press Trust of India.

Calling him a "hardcore Shiv Sainik of Sena founder Bal Thackeray", he said, "I am proud of Sanjay Raut. What crime has he committed? He is a journalist, a Shiv Sainik, is fearless and speaks what he does not approve of".

"There's a dialogue in 'Pushpa' - "jhukega nahi". But the real Shiv Sainik who won't bend is Sanjay Raut. Those who used to say they won't bend, are all that side today. That's not the direction shown by Balasaheb. Raut is true Shiv Sainik," Mr Thackeray added.

Mr Raut was arrested last night after another round of questioning by the Enforcement Directorate. The agency wants to question him further over the redevelopment of a chawl in Mumbai and related transactions involving his wife and close associates.

Before entering the Enforcement Directorate office yesterday, Mr Raut told reporters that the action against him was aimed at weakening the Sena faction led by Mr Thackeray, which is vying for the control of the party with the current Chief Minister Eknath Shinde.