Angry Sonia Gandhi of 2004 is Back. Will Congress Strategy of Lone Woman Against BJP Behemoth Work in 2024? 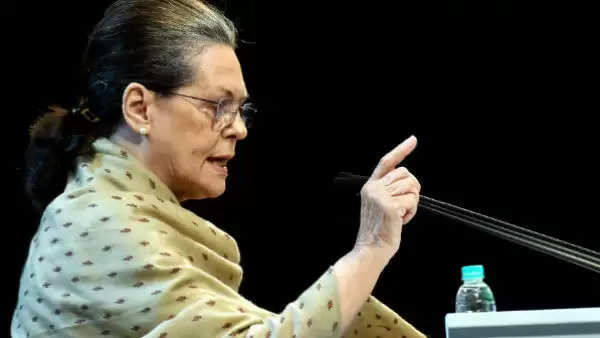 In 2004, Sonia Gandhi ensured a spectacular win for the Congress and also wove an alliance, with the party projecting her as a woman taking on the mighty men of the BJP — especially a stalwart and ace politician like Atal Bihari Vajpayee.

The more the BJP attacked her on her Italian origins and some made personal comments on her, the more Sonia Gandhi was determined to play the lone woman card against the BJP. And it worked.

Cut to 2022, Sonia Gandhi is angry again and it’s once again a lone woman against the BJP strategy. Just a day after the “embarrassment” Congress faced over Adhir Ranjan Chowdhury’s ‘Rashtrapatni’ comment, which got the BJP up in arms, the Grand Old Party has changed tracks. This, according to sources, is a clear thought-out strategy.

It began with Chowdhury himself saying that the BJP was targeting a woman who had given the Women’s Reservation Bill to the country. Then, Mallikarjun Kharge moved a notice in Rajya Sabha objecting to the ‘treatment meted out to Sonia Gandhi in Lok Sabha’.