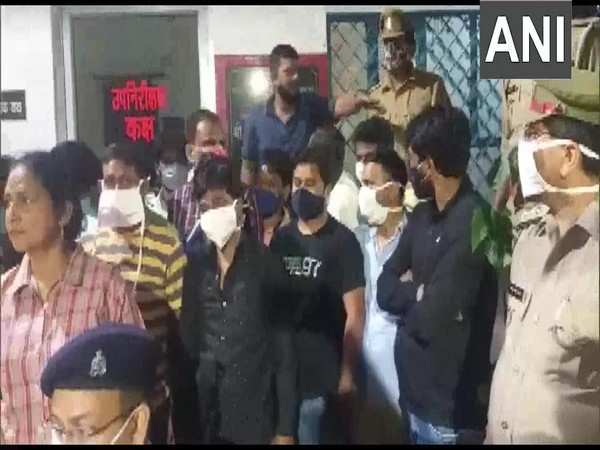 Raees Akhtar DCP North said, "They were caught from a house at Janki Puuram garden. Two four-wheelers, 8 bikes, 34 mobile phones and around Rs 10 lakh in cash have been recovered. Action will be taken against them under the gangster act".

The police said that 22 of the accused are residents of Lucknow.

"The accused have been shifting places to do betting, at the instance of two persons namely Rajesh and Mansir who are absconding. They will be arrested soon. More details will be divulged after their arrest. We are probing the criminal history of the accused."

The police also said that the apprehended people may have a connection to IPL betting as well. (ANI)