London [UK], May 22 (ANI): During a recent study, researchers from the Francis Crick Institute discovered how microscopic structures called lipid droplets may help to prevent a high-fat diet causing damage to the kidneys. 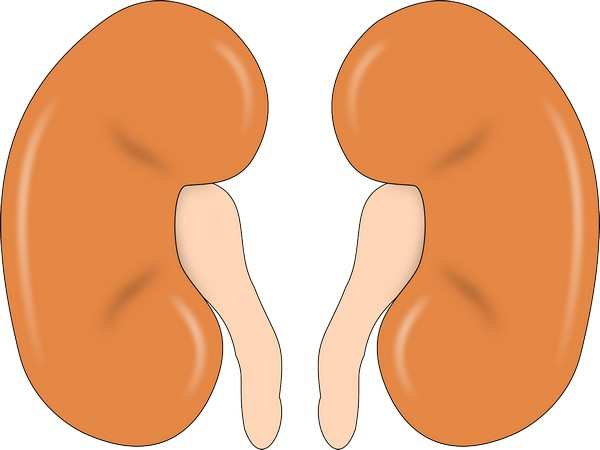 London [UK], May 22 (ANI): During a recent study, researchers from the Francis Crick Institute discovered how microscopic structures called lipid droplets may help to prevent a high-fat diet causing damage to the kidneys.

The work published in PLoS Biology opens up a new research avenue for developing better treatments for chronic kidney disease.

Eating foods high in fats can cause inflammation and metabolic stress in the kidneys, leading to chronic disease, which in severe cases requires dialysis or a transplant. And with obesity on the rise globally, it's a growing problem- around 10 per cent of people in the UK are living with chronic kidney disease.

Scientists at the Crick have been studying a common characteristic of the disease, the appearance of lipid droplets inside kidney cells, to solve a long-standing mystery of whether this protects or harms kidney function.

Working with electron microscopy experts at the Crick, the team used the sophisticated genetic methods available in the fruit fly (Drosophila) to show that lipid droplets protect the renal system against damage from excess dietary fats.

When fed a high-fat diet, lipid droplets accumulate inside nephrocytes, the flies' equivalent of human kidney cells called podocytes. Here, the droplets act as a 'safe haven' for storing excess fats away from the rest of the cell.

An enzyme called ATGL sits on the surface of lipid droplets and helps to dispose of the stored fats in a safe way. ATGL does this by feeding the fats in a digestible form to nearby mitochondria, where they can be broken down into less toxic molecules.

Lipid droplets are essential for the protective process as when the scientists used genetic methods to prevent their formation, the fats left free inside the nephrocytes caused substantial damage and impaired kidney function.

Alex Gould, head of the Physiology and Metabolism Laboratory at the Crick and lead researcher of the study says: "It has been known for many years that lipid droplets pop up in a wide range of diseases, all the way from diabetes to brain cancer. What's been far less clear is whether they are making things better or worse."

"It's exciting to find that lipid droplets are an essential part of the kidney's fight back against fat overload. These fascinating structures are turning out to be so much more than tiny balls of fat, and we now want to find out whether their protective role in the kidney also applies to other disease contexts."

The scientists also found that boosting the expression of the ATGL enzyme in fruit flies was able to repair most of the damage caused by a high-fat diet, restoring normal function to the kidney cells.

Fruit flies are a useful model for understanding the biology of kidney disease in humans because there are important similarities in the renal systems of both species, including the presence of the ATGL enzyme.

Ola Lubojemska, who carried out much of this work in the Physiology and Metabolism Laboratory at the Crick, explains: "These findings are at an early stage but open up a new direction for clinical research into chronic kidney disease."

Ola further gave an example saying, "It may be possible to develop a drug that boosts the ATGL enzyme in renal patients. This would allow excess dietary fats to be more efficiently detoxified by kidney cells, thus improving kidney function." (ANI)