Immune cells can be stimulated to boost effects of chemotherapy in pancreatic cancer: Study

A new study from Queen Mary University of London has demonstrated that immune cells can be stimulated to assemble into special structures within pancreatic cancer, such that, at least in a pre-clinical model, researchers can demonstrate an improvement in the efficacy of chemotherapy. 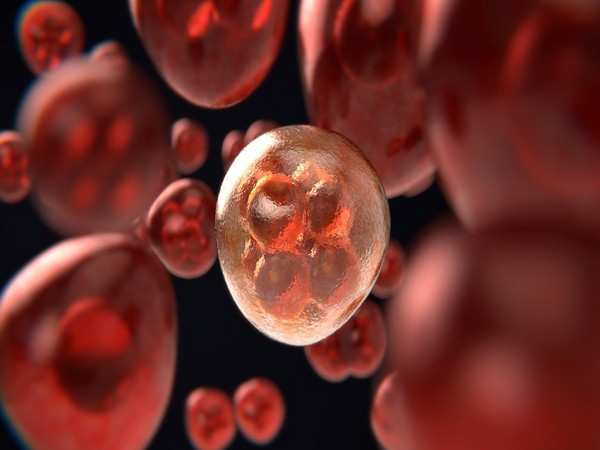 Washington : A new study from Queen Mary University of London has demonstrated that immune cells can be stimulated to assemble into special structures within pancreatic cancer, such that, at least in a pre-clinical model, researchers can demonstrate an improvement in the efficacy of chemotherapy.

The research was published in Cellular and Molecular Gastroenterology and Hepatology, and funded by Cancer Research UK, Pancreatic Cancer Research Fund and Medical Research Council.

The body's immune system is a critical defense against illnesses such as infections, as has been highlighted by the recent COVID-19 pandemic. The same immune system can also help us fight cancer.

However, pancreatic cancer is different; a key feature of this cancer type is that the pancreatic cancer cells are surrounded by a dense, impenetrable barrier known as the stroma, which often blocks the access of immune cells to the tumour.

For this reason, immunotherapies - drugs that harness the power of the body's immune system to kill cancer cells - have shown limited success in the treatment of pancreatic cancer, whilst they are effective in fighting other cancer types including skin and lung cancer.

Research has found that in some patients with pancreatic cancer, immune cells can assemble into clusters known as tertiary lymphoid structures (TLS) within the stroma, which are associated with improved survival outcomes in patients.

However, TLS does not form naturally in all patients with pancreatic cancer. With this in mind, in this study, the team set out to investigate the structure and role of TLS in pancreatic cancer when present, and to evaluate their anti-tumor activity.

To determine the presence of TLS within human pancreatic cancer, the team analysed tissue samples donated by patients to the Pancreatic Cancer Research Fund Tissue Bank. In this study, TLS was defined by the presence of tissue zones rich in B cells, T cells and dendritic cells - three cell types that have an important role in the immune response.

By using specialised staining techniques to visualise the different cell types present within the samples, the team found that TLS was only in a third of patients whose samples were analysed.

To study the development of TLS in pancreatic cancer, the team generated a preclinical murine model of pancreatic cancer. TLS was not present in the model initially; however, following the injection of two signaling proteins (known as lymphoid chemokines) into the tumours of the mice, B cells and T cells infiltrated into the tumour site and assembled into TLS.

TLS induction can improve the effectiveness of chemotherapy

Hemant Kocher, Professor of Liver and Pancreas Surgery at Queen Mary University of London and consultant at Barts Health NHS Trust, who led the study, said: "Pancreatic cancer is known as a cold tumour, which means it does not have many immune cells near cancer trying to fight it. In this study, we have shown that immune cells can not only be harnessed but also made to assemble into TLS within a pre-clinical model of pancreatic cancer to make chemotherapy more effective."

"Formation of TLS is critical in mounting the anti-tumour response close to the tumour to overcome the problem posed by the barrier of the stroma. These findings suggest that combining chemotherapy with appropriate immunotherapy to stimulate immune cells in the tumour microenvironment could be used to tailor more personalised treatments against pancreatic cancer."

The anti-tumour activity seen after TLS formation in the pre-clinical model was associated with B cells triggering the activation of dendritic cells, which is required for the initiation of an immune response. The findings suggest that lymphoid chemokines, when used in combination with chemotherapy, may represent a viable therapeutic strategy for promoting an anti-tumour immune response that could lead to better clinical outcomes.

As this study used a mouse model, further research is now required to determine whether the same outcomes can be observed in other experimental models and in patients. The team believes that a more detailed understanding of TLS formation may aid in the development of personalised therapies that can harness the potential of the body's own immune system to fight cancer. (ANI)