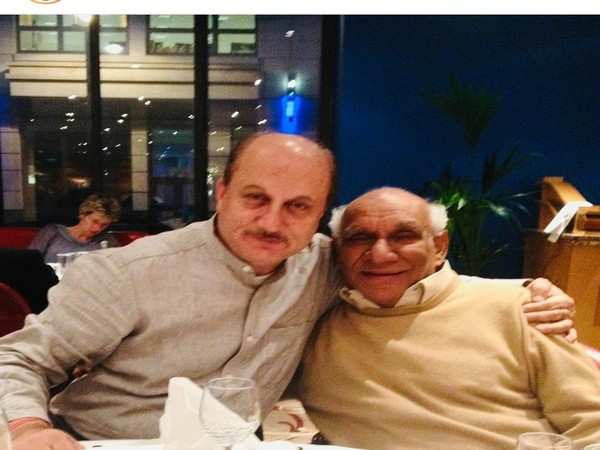 Taking to Instagram, Anupam recalled the days when he used to spend his mornings with the legendary director.

"There are days when I miss #YashChopra Ji very very much. He was not only my favorite director and best friend but also one of the most wonderful human beings I had ever met," the veteran star wrote.

"Warm, funny, earthy, romantic, compassionate, sensitive, joyous and much more. For almost his last ten years if I was in Mumbai every morning I used to spend with him. He was a treasure trove of poetry and friendship," he added.

Along with his post, he uploaded a throwback picture of him sharing smiles with Yash Chopra.

The two had worked together in several films such as 'Vijay', 'Lamhe', 'Darr', 'Veer Zara' and 'Jab Tak Hai Jaan'.