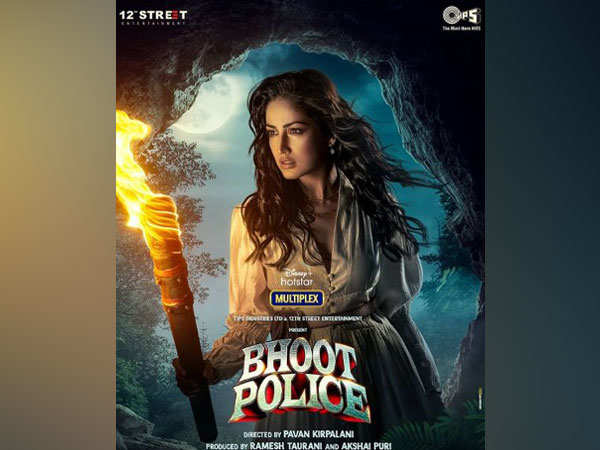 Yami took to her Instagram handle and introduced her character as 'Maya' from the forthcoming film, which also stars Saif Ali Khan, Jacqueline Fernandez, Arjun Kapoor.

"To enchant all with her charm arrives MAYA, in #BhootPolice. Coming soon on @disneyplushotstarvip," she captioned the post.

In the poster, Yami looks ethereal while sporting an off white dress. She can also be seen holding a cresset in her hand.

Directed by Pavan Kirpalani, 'Bhoot Police' is slated for a direct-to-digital release on Disney+ Hotstar. The forthcoming horror-comedy was earlier scheduled for a theatrical release on September 10. However, the makers reportedly confirmed its digital release in June.

The new release date has not been announced yet. Speaking more about the film, the horror-comedy was shot a few months ago in Dharamshala, Himachal Pradesh.

The film will trace the story of a group of ghost hunters and their hilarious adventures. The upcoming movie is produced by Ramesh Taurani and Akshai Puri. (ANI)