Actor Tabu, on Tuesday, completed 30 years in the Indian film industry. She took to Instagram to recall working on her debut film 'Coolie No.1', a Telugu movie. 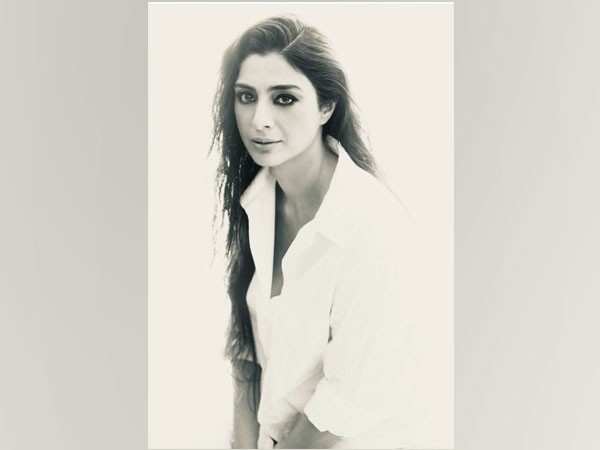 Mumbai : Actor Tabu, on Tuesday, completed 30 years in the Indian film industry. She took to Instagram to recall working on her debut film 'Coolie No.1', a Telugu movie.

Directed by Kovelamudi Raghavendra Rao, the 1991 'Coolie No. 1' starred Venkatesh Daggubati opposite Tabu.

"Slightly unbelievable and thoroughly overwhelming to know that it's 30 years since my first film 'Coolie No.1' released. It's a moment of much pride, along with many other emotions..most importantly of gratitude," Tabu wrote in the caption.

"To thank Rama Naidu sir, Suresh Naidu, Venkatesh Naidu for giving me my first release, for laying a solid foundation for the years to come..and for whom, I will always be Paapa. (baby in Telugu) My guru K.Raghavendra Rao for presenting me like a dream on screen, who taught me all that I needed to learn about humility, beauty, the value of being on time and of never forgetting to enjoy life. Thank you Gurugaru. I owe you much. Thank you to everyone who walked with me during this journey," Tabu wrote while expressing her gratitude towards people who launched her in the world of cinema.

On the special occasion, fans and members of the film industry showered Tabu with loads of love.

After making her acting debut in 1991, Tabu never looked back and kept on entertaining the viewers with her acting performances.

'Chandni Bar', 'Virasat', 'The Namesake', 'Astitva' and 'Maqbool' are some of her best projects.

In recent years, she stunned everyone with her roles in 'Haider', 'Drishyam' and 'Andhadhun'. Now fans are eagerly waiting for her upcoming movies. (ANI)