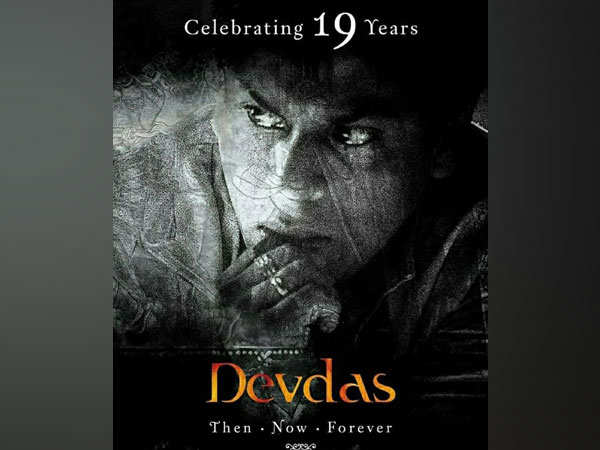 As on Monday, the film completed 19 years of its release, SRK went back in time to share his experience working with his co-stars Aishwarya Rai Bachchan, Madhuri Dixit Nene, Jackie Shroff and Kirron Kher in 2002.

"All the late nights....the early mornings.... hard pace and problems. Worked out fine because of the gorgeous @madhuridixitnene ...the stunning @aishwaryaraibachchan_arb , ever cheerful @apnabhidu dada, full of life @kirronkhermp and the whole team slogging it under the masterful and patient #sanjayleelabhansali," Shah Rukh wrote on Instagram.

Along with it, he joked about how his dhoti used to keep falling off on the sets.

For the unversed, the film revolves around Devdas Mukherjee (played by SRK), whose life goes downhill after his wealthy family forbids him from marrying his childhood love Parvati ( essayed by Aishwarya). After his separation from Paro, Devdas becomes an alcohol addict and meets Chandramukhi, a prostitute (played by Madhuri), to alleviate his pain.

'Devdas' is still remembered for its dialogues, grand sets, storyline and music among several other factors.

Jackie Shroff also took to Instagram to celebrate the 19 glorious years of the film in his character Chunni Babu's way.