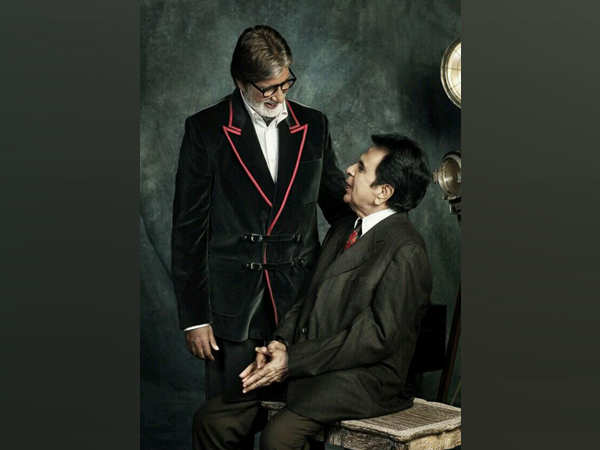 Taking to Twitter, Big B extended his heartfelt condolences.

"An institution has gone .. whenever the history of Indian Cinema will be written, it shall always be 'before Dilip Kumar, and after Dilip Kumar," he wrote.

"My duas for peace of his soul and the strength to the family to bear this loss. Deeply saddened," the veteran actor added.

For the unversed, Big B had shared screen space with Dilip Kumar in the film 'Shakti', which was released in 1982. Dilip Kumar had played the role of Amitabh Bachchan's father in the film.

In 2018, Big B recalled receiving a letter from the late Dilip Kumar. Dilip Kumar had penned that note to praise Big B's performance in the film 'Black'. In the letter, Dilip Kumar had also shared his memories of working with Big B on the sets of 'Shakti'.

"I am certainly privileged to know from your affectionate compliments that someone as knowledgeable and competent as you has liked my work. Yes, now that you have reminded me, I can recall the scenes that brought us together before the cameras for Shakti. I should say the respect and admiration are mutual. Not just Shakti, your work in several films I have watched has been world class and inimitable," the letter read.

"In recent times, I can remember Black and, if I remember right, Saira and I were at a loss for words at the premiere night, after the curtain came down, to express our myriad feelings of admiration for your outstanding performance. It is a pity the film missed the Oscar nomination. If any Indian actor, in my personal opinion, deserves the world's most coveted award, it is you," the letter further read.

Dilip Kumar breathed his last on Wednesday morning at Mumbai's PD Hinduja Hospital. He was 98. (ANI)