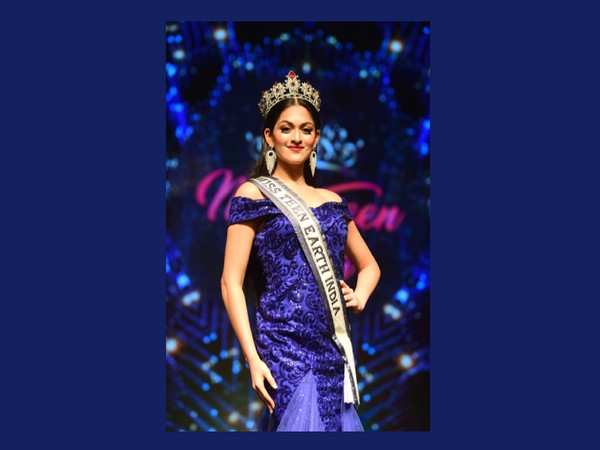 She will now represent India at the Miss Teen Earth pageant to be held in December. The host country of the pageant will be announced later this year.

Aishwarya Vinu Nair is a 16-year-old belonging to the Alleppey district of Kelara, however, raised in the United Arab Emirates. She is a 12th-grade student studying in Dubai Scholars Private School, Dubai. She holds a keen interest in dance, karate, and modelling.

She is a professionally trained classical dancer, a black belt holder in karate, and a very passionate model. She is also an active environmentalist and has been working actively on her advocacies related to the environment.

Her success story adds winning the Ultimate Solo Winner at India's International Groovefest 2018. She has also participated in and won classical dance competitions at the Kerala State level. She has won several gold medals for Karate at UAE open tournaments.

Aishwarya says that "Since she got selected as a national finalist for Miss Teen Diva, she had diligently prepared herself for the journey of self-transformation. The lockdown period gave her a lot of time to work on herself. She worked on her body, communication skills, practiced Questions and Answers, and improved her ramp walk. She also took online pageant training from India. She was determined and excited about the pageant. She wanted to give it her best no matter what happened. It started as her mother's dream to see her wear the beautiful crown and the sash across her shoulder. This dream instilled in her gradually but firmly. This pageant will always have a special place in her heart as it gave wings to her dreams."

When asked about her thoughts she said, "I am excited to represent India, also I hope that girls around me would also believe in their dreams and make them into reality."

This story is provided by PNN. ANI will not be responsible in any way for the content of this article. (ANI/PNN)