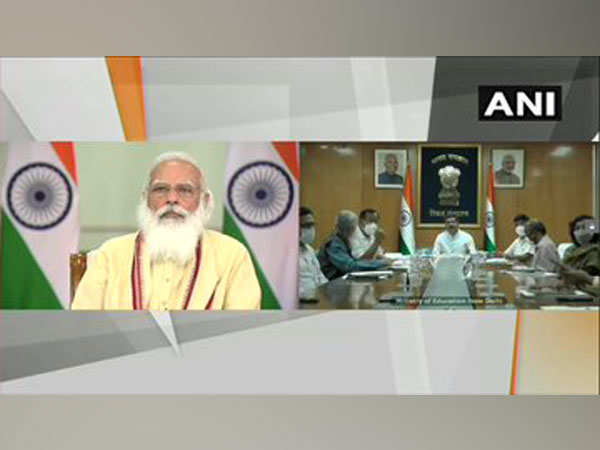 This interaction is a part of PM Modi's personal efforts to ensure our education institutions further improve, sources said.

Prime Minister Narendra Modi on Wednesday effected a major reshuffle and expansion of his council of ministers.

The expansion saw more representation to states which will go to the polls next year including Uttar Pradesh and Gujarat and are apparently aimed at infusing more young talent in the government.

While the representation of OBCs, SCs, and youth has gone up the average age of cabinet has come down. The changes were made days ahead of the monsoon session of parliament.

Forty-three ministers, including seven who were elevated as cabinet ministers, took the oath of office at a function at Rashtrapati Bhavan held with protocols related to COVID-19.(ANI)