Hong Kong, May 26 (ANI): Hikvision, the world's largest maker of surveillance equipment, has long-established links with the Chinese military, including conducting a study with weapons experts in China and supplying cameras and drones to the country's air force, according to a report. 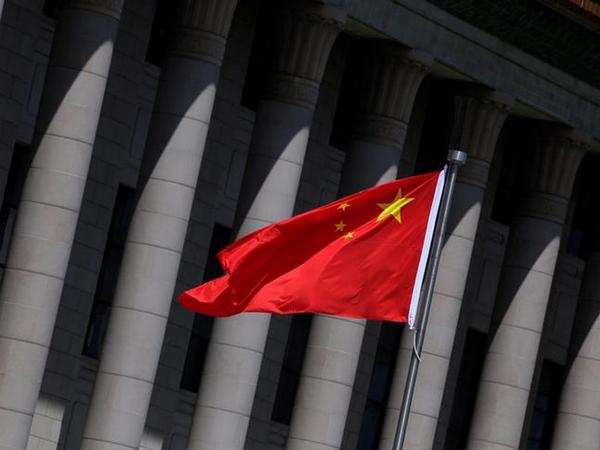 Hong Kong, May 26 (ANI): Hikvision, the world's largest maker of surveillance equipment, has long-established links with the Chinese military, including conducting a study with weapons experts in China and supplying cameras and drones to the country's air force, according to a report.

The findings by IPVM, a surveillance-industry research company, has shed fresh light on Hangzhou Hikvision Digital Technology Co., which had disputed as baseless a decision taken by the US Department of Defense last year to place it on a blacklist of companies with alleged ties to China's armed forces, reported The Wall Street Journal.

According to public documents and online materials obtained by IPVM, Hikvision sold drones and other accessory equipment to the Chinese air force in 2019 and was considered a top-tier supplier to the nation's military in 2014.

The Chinese state television in March also displayed a drone-jamming rifle having a Hikvision logo being held by a soldier kneeling in rough terrain and testing equipment for use in extreme conditions.

Furthermore, citing a study done jointly with commanders and weapons experts from the People's Liberation Army (PLA), a report has been displayed on Hikvision's website regarding how the company's technology could improve the performance of Chinese missile, tank and other weapons systems.

"Hikvision has partnered with the PRC's military, earning top PLA supplier status, collaborating on PLA research and more," according to IPVM.

In response to IPVM's findings, a Hikvision spokesperson denied collaborating with the military, saying the company manufactures commercial devices and solutions that some can be considered dual-use goods serving general video-surveillance purposes, reported The Wall Street Journal.

"Not now and now ever, has Hikvision conducted research and development work for Chinese military applications. Any instances of such by any of our employees were done so in a personal capacity and not at the direction of the company," the spokesperson said.

The Chinese Communist Party's (CCP) Central Military Commission, which manages military procurement, did not respond to requests for comment.

Pressure on Chinese companies, especially in the tech sector, to take on defense work has risen in recent years, as they have little recourse to say no to the authoritarian government, which is promoting 'military-civil fusion' to upgrade military capabilities, reported Wall Street Journal.

In November last year, thousands of staff employed at the European Union (EU) institutions have rejected the use of Chinese video surveillance provider Hikvision technologies in light of the company's association with China's human rights abuses and specifically the oppression of millions of Uyghurs.

The company was blacklisted by the Pentagon as the then-Trump administration widened an effort to deny American financing and technology to companies that would assist China's ascent as a global competitor, while the Biden administration has said that it would take a hardline approach regarding competition with Beijing.

"Hikvision's ownership ties to the Chinese government, coupled with its surveillance technology, personify fears in Washington about China's military-civil fusion program and make it a more obvious candidate for the Pentagon to target," said Kyle Sullivan, China practice lead at Martin+Crumpton group, a risk intelligence firm in Arlington.

In 2014, Hikvision was listed as a Tier 1 supplier to the Chinese military, a scoring system that rates a company on its time in existence, revenue and net assets, according to a 2015 Chinese state-media report cited by IPVM, reported The Wall Street Journal. (ANI)